Quebec announced stricter rules and mandatory training for tourism operators Thursday, as crews continue to search for five missing French nationals who fell through ice while snowmobiling with a guide on Lac Saint-Jean.

Guides who lead excursions in off-road vehicles, including snowmobiles and all-terrain vehicles, will have to complete a mandatory training course before taking tourists out on an excursion.

The tourists themselves will also need to complete a training course before being allowed to handle the vehicle.

Tourism Minister Caroline Proulx said the announcement had been planned for several weeks, but she had never imagined it "would happen in such a tragic context."

The guide, 42-year-old Benoît Lespérance from Montreal, was pulled out of the water by Alma firefighters. He died Wednesday morning. "Snowmobile excursions, canoe trips and ocean kayaking are all ways of appreciating Quebec's natural beauty," she said. "But they must be rigorously regulated to ensure the safety of everyone participating, be they from Quebec or abroad."

Nature and adventure tourism operators will also need an accreditation from Aventure Écotourisme Québec if they wish to apply for funding from the Quebec government.

Proulx said 135 businesses already have the accreditation, but hundreds of businesses do not.

While she said it is impossible to promise that there will ever be "no risk," Proulx said she hopes that accidents such as the one on Lac Saint-Jean "don't happen again."

Meanwhile, authorities continue to search for the five French tourists who went missing after their snowmobiles fell through the ice of Lac Saint-Jean Tuesday night.

Quebec provincial police deployed an additional diving team to the area Thursday, after two of the snowmobiles were found underwater.

Rescuers with specialized training to work on ice, a drone and snowmobile units will be joining the 30 officers deployed to the scene. Sûreté du Québec and Canadian Armed Forces helicopters will also be circling the area. 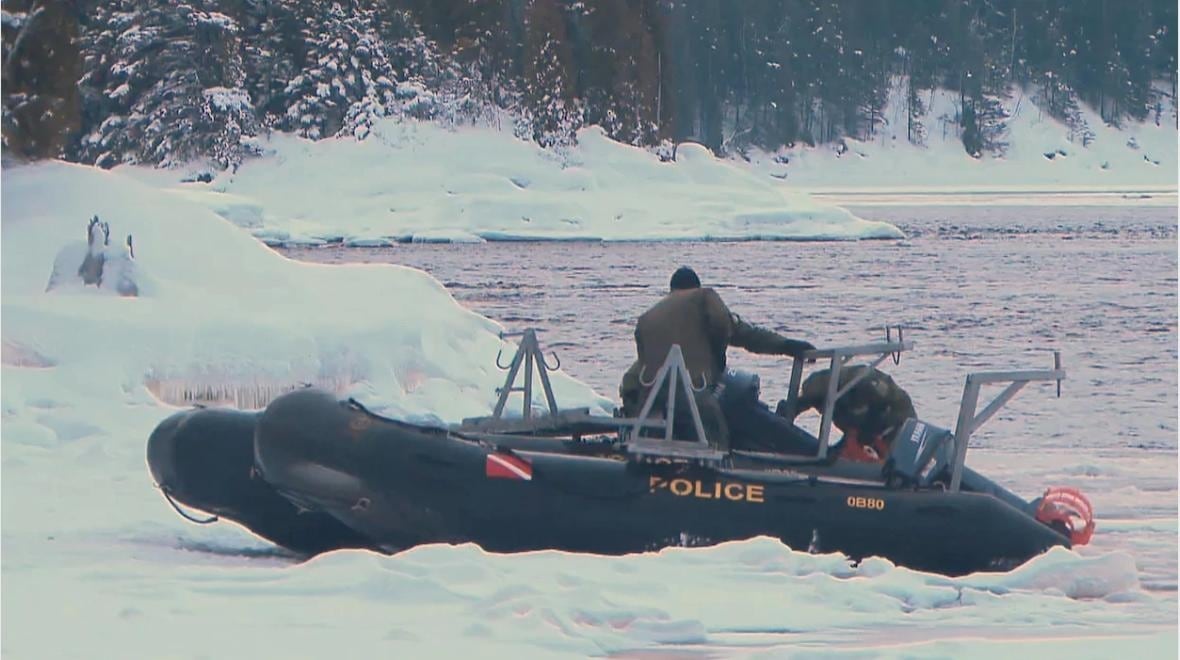 Quebec provincial police deployed an additional diving team to the area Thursday, after two of the snowmobiles were found underwater. (Radio-Canada)

The tourists were part of a group of eight French nationals who, accompanied by their guide, attempted to cross a snow-covered channel between the towns of Saint-Henri-de-Taillon and Alma when the ice gave way beneath them.

Three of the tourists were discharged from hospital on Wednesday. The other five are still missing.