Sunday, March 7th 2021, 2:46 pm - Almost every piece of plastic we have ever produced is still somewhere on this planet

Plastic pollution and climate change are two prominent environmental issues of our time. Plastic was once thought to be a miracle invention that made life simpler for families.

But just as our exploitation of fossil fuels led to climate change, the unsustainable use of plastic materials has led to a global environmental catastrophe. To this day, plastic pollution has infiltrated every part of our planet, from remote mountain lakes to the ocean to the very air we breathe.

The unsustainable consumption of nonrenewable resources is the common root of both these problems, and beneath the surface, there are many links between these two issues.

Plastic is part of the carbon cycle

To better understand how plastic particles move through the environment, scientists should investigate their transport as they do for nitrogen, carbon and water.

To do this, they should formally adopt the terminology used to study these biogeochemical cycles, including “reservoirs,” which are places of storage, and “fluxes,” which describe the movement of substances from one place to another over time. This will help us understand the transport mechanisms and fate of plastic pollution in the environment, which are major gaps in the field today. In fact, all the plastic that has ever been produced is part of the carbon cycle. Overall, an enormous seven gigatonnes — or seven billion tonnes — of plastic have been produced, mainly from chemicals extracted from the fossil carbon reservoir. This is not much different from the roughly 14 billion tonnes of carbon emitted into the atmosphere every year from the same reservoir due to human activities.

Plastic transports carbon in different ways. For instance, plastic can become incorporated into living organisms, or settle to the bottom of the ocean as aggregates of plastic and organic matter. It can also release greenhouse gases at every stage of its life cycle, from production to transportation to waste disposal. Scientists and governments should investigate how plastic pollution transports carbon because nutrient redistribution has implications for the livelihoods of ecosystems and the well-being of living organisms.

Since plastic polymers are so persistent, almost every piece of plastic we have ever produced is still somewhere on this planet. This suggests, due to the sheer amount of plastic pollution, that plastic pollution is on the same scale as global transport processes of carbon, also on the order of gigatonnes.

The key takeaway is that plastic pollution has its own cycle, and that it may also play a fundamental role in the carbon cycle — the movement of carbon between different reservoirs such as the atmosphere, ocean and organisms — a cycle that is very relevant to global climate change. Two sides of the same coin

I disagree. Research shows that the plastic problem is not independent from climate change. 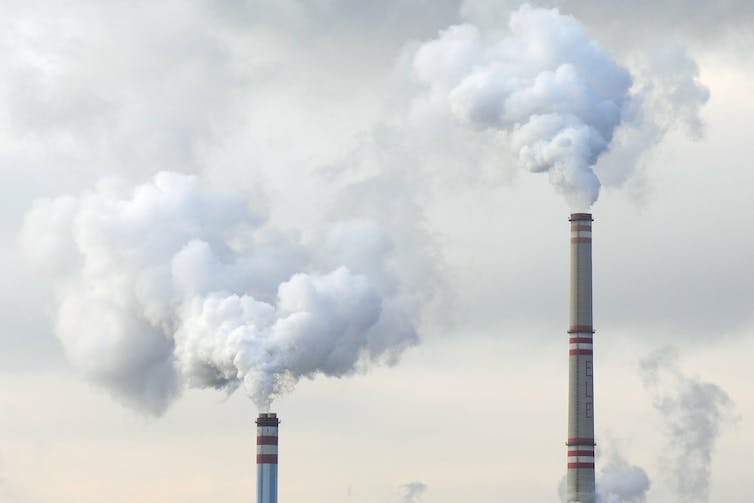 Plastic and climate are two sides of the same coin: the majority of plastic polymers are made from petrochemical feed-stocks and their raw materials for synthesis are ethylene and propylene. These compounds are derived from naphtha, one of several chemicals refined from petroleum. What else is refined from petroleum? Gasoline, the fossil fuel we burn for energy that emits greenhouse gases.

These sister compounds are used differently but they have a common origin and they instigate the very issues in question. When demand for petroleum drops, companies ramp up their plastic production. When demand for plastic drops, fossil fuel companies might be inclined to shift their production ratio again. Failing to recognize the intimate connections between these issues not only makes tackling these issues inefficient, but may also undermine efforts on both fronts.

Through the many years of efforts by researchers, activists, and policy-makers around the world, we are starting to see a big difference in public attitude towards these issues. On the climate front, the adoption of the Paris Agreement and the energy of the youth movement fill me with optimism.

On the plastic pollution front, a UN international agreement to limit emissions of plastic may be on the horizon.

By acknowledging the connections between these issues, I only see benefits. Climate plans should acknowledge the greenhouse gas emissions from plastics and how plastics can be better managed. For instance, Canada’s most recent climate plan acknowledged its ban on single-use items in 2021 and recognized the importance of transitioning to a circular economy. Likewise, plastic pollution plans can describe the benefits to that city, state or country’s climate strategy by mitigating plastic production.

Moving forward, we should keep this in mind and tackle these two issues together — the opportunities to do so are plentiful.