Giant hogweed is not new to Canada, but every summer unsuspecting residents come into contact with the dangerous plant, leading to rashes, burns and -- in extreme cases -- blindness.

The plant is a perennial, which means it comes back every spring. It will start to bloom in June and reach heights of up to 5 metres in the right conditions.

Every year, officials in both Canada and the U.S. warn residents not to touch the  plants, which pop up in large numbers on both sides of the border, although it has not been found in the Canadian territories.

Giant hogweed is often mistaken for wild parsnip, another plant that can cause blistering burns and is native to all provinces. Its appearance is often described as a larger version of Queen Anne's lace.

The Nature Conservancy of Canada says giant hogweed is one of the country's most dangerous plants. It's asking people to document sightings, which have been spotted flowering in the Atlantic provinces, Quebec, Ontario and British Columbia.

(RELATED: EIGHT TOXIC PLANTS THAT CAN BE FOUND IN CANADIAN GARDENS)

While reports in Canada have been minimal, a woman in Renfrew, Ontario was told in 2014 that she would have to avoid direct sunlight for three years after being badly burned by wild parsnip, which belongs to the same family as giant hogweed. 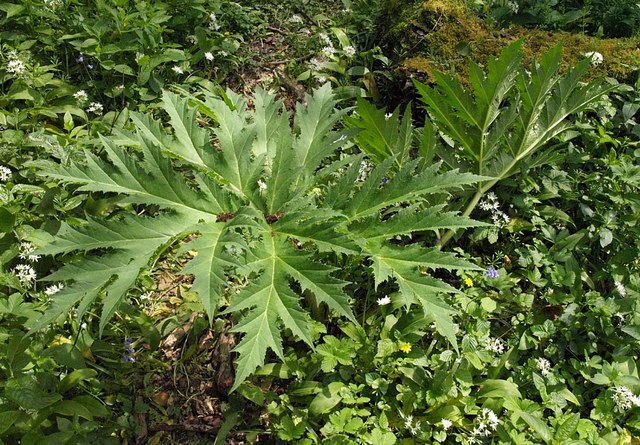