A team of scientists at UBC say tall buildings across the Metro Vancouver region will shake much more than currently predicted by Canada's national seismic hazard model if and when a magnitude 9.0 earthquake, like "The Big One," hits.

Metro Vancouver sits upon the Georgia sedimentary basin. And the researchers say the hazard model doesn't account for how that basin would amplify seismic waves.

"As a result, we're underestimating the seismic hazard of a magnitude 9.0 earthquake in Metro Vancouver, particularly at long periods," said lead researcher Carlos Molina Hutt, in a statement Monday about the study.

"This means we're under-predicting the shaking that our tall buildings will experience."

The Georgia basin consists of layers of glacial and river sediment on top of sedimentary rock.

Molina Hutt says it is the difference in the properties between the softer sedimentary rock and the surrounding bedrock that results in the amplification of the shaking.

Based on their computer simulations, the researchers found that the amplification is greater in areas where the Georgia Basin is deeper.

Richmond and Delta would experience the most amplification, he says, followed by Surrey, New Westminster, Burnaby, Vancouver and North Vancouver. Areas just outside of the basin, like West Vancouver, will experience the least. 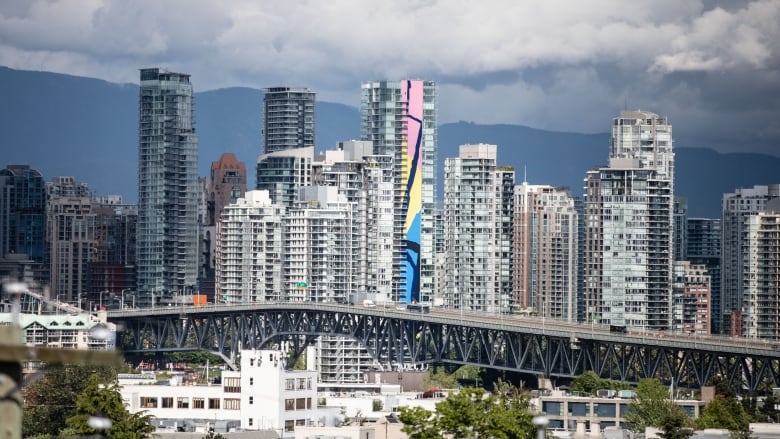 The study found that taller buildings in much of Metro Vancouver will experience greater shaking than expected. (Maggie MacPherson/CBC)

Molina Hutt says older, taller buildings are the most at risk.

The research looked at concrete shear wall buildings. Molina Hutt says those built with building codes from the 1980s and earlier, risk sustaining severe damage or even collapse during a magnitude 9.0 earthquake. Buildings in the 10- to 20-storey range would sustain the worst impacts.

"When we build a structure, it only needs to meet the code of the time when it was built. If there is a future change in the code, you don't have to go back and upgrade your building," said Molina Hutt, who is a structural and earthquake engineering professor at UBC.

He says jurisdictions should take active steps to understand the seismic risks in their building stock and develop risk reduction strategies.

Canada's latest national seismic hazard model was released in October. And while the greater risk is currently unaccounted for, Molina Hutt says Natural Resources Canada, which is responsible for the hazard model, is aware of the potential effects of the Georgia Basin and is actively researching it.