After nearly a decade of steady growth, the moose population on Isle Royale, the largest island in Lake Superior, has decreased.

Researchers with Michigan Tech University have been studying the moose and wolf relationship for 62 years.

The growth was halted during the winter of 2020, when many moose died because of starvation due to a high population, as well as the introduction of 19 wolves in 2018 and 2019.

There are likely still 12 wolves on the island, said Rolf Peterson, a research professor in the College of Forest Resources and Environmental Science.

"There are two bonded male-female pairs that seem to be associated with territories that together cover most of the island, and there are two other females that likely mated but don't have a clear territory of their own," he said. 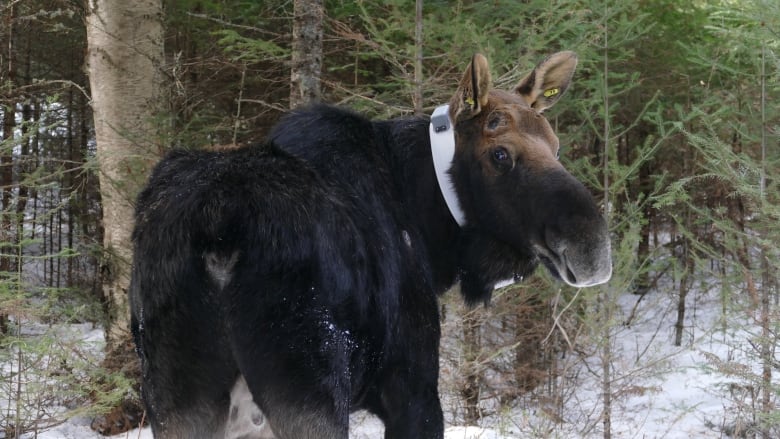 "Two of the pairs each have half the island. The third pair is playing the margins; they spend a lot of time on offshore islands and swimming. There is a lot of tension among groups. The two territorial bunches — I think that will be the spatial pattern."

The last island-native wolf was not seen over the winter, and it is unknown if she is alive.

There is, however, at least one wolf pup on Isle Royale, which was possibly conceived before being brought over to the island.

"It was a puzzle for us during the final two weeks of fieldwork this winter," Peterson said, noting the pup does not have any ear tags or markings.

The population grew by 19 per cent per year from 2012 to 2019, causing severe impacts on the island's forest. Moose foraging on trees, such as balsam fir, decreased the availability of food for moose, causing starvation.

Researchers estimate about 100 moose died in the spring of 2019 because of starvation.

The introduction of wolves to the island also reduced the moose population, partially because the wolves are not hunting yet as packs. Some pairs, and some single wolves would hunt down a moose for food, instead of a pack of wolves taking down a moose.

Moose on the island were also collared for the second year in a row - with researchers about to collar 25 moose over three days in mid-March. 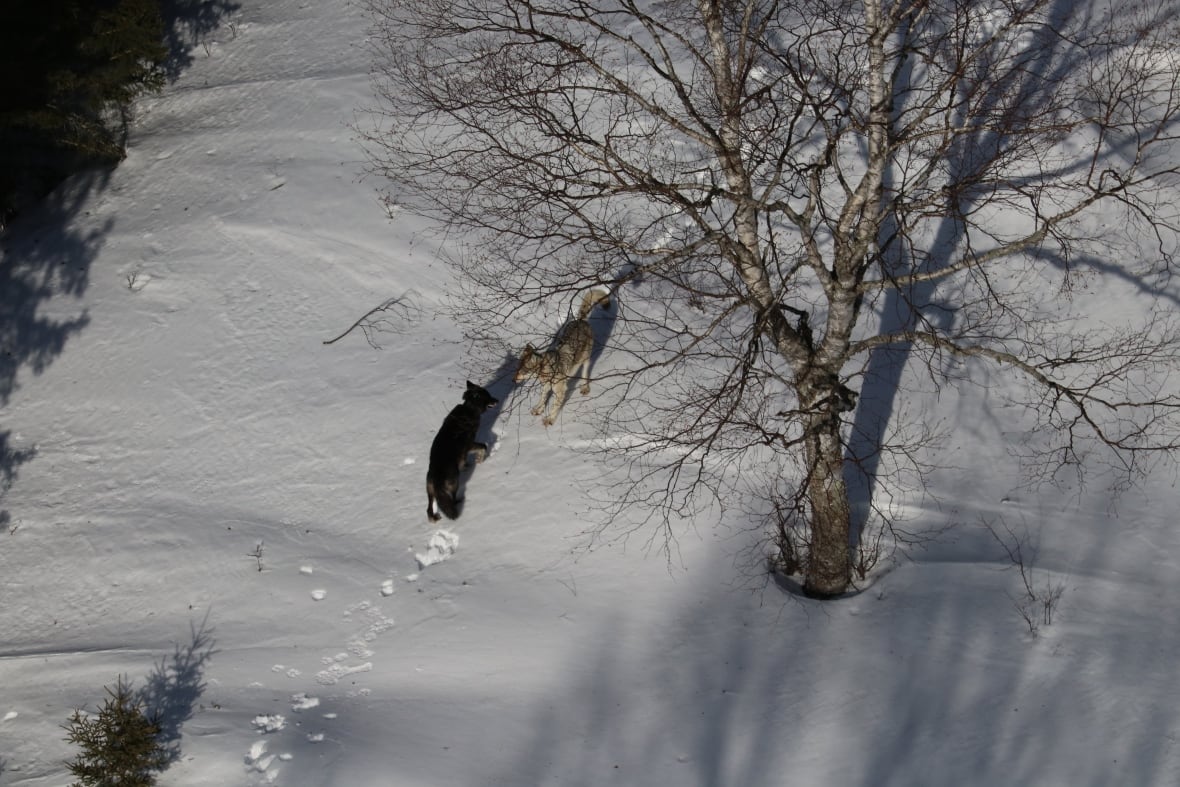 A gray female (right) courts a black male (left) with a “play bow” invitation to engage. The wolf pair is female 11 and male 16, both originally from Ontario. They appear to have formed a pair bond and may reproduce in 2020, although they face the challenge of not having a clear territory of their own. (Rolf Peterson/Michigan Tech)

Data from the moose collared on the island will be compared to moose near Grand Portage, Minn. on the mainland. Researchers hope to determine how behaviour and habitat selection will give them a better understanding as to what makes moose healthy, and other population dynamics.

This article was written for the CBC by Jeff Walters.