Spring may officially be here, but Prince George residents have been reporting finding winter ticks outside and in their yards.

These ticks can often be found in the fur of moose, which is not an uncommon animal to find roaming around the Northern Interior city.

"I have been receiving a number of emails concerning winter ticks on cattle and horses and especially moose," said Courtney Jones, program co-ordinator for the winter tick survey program. 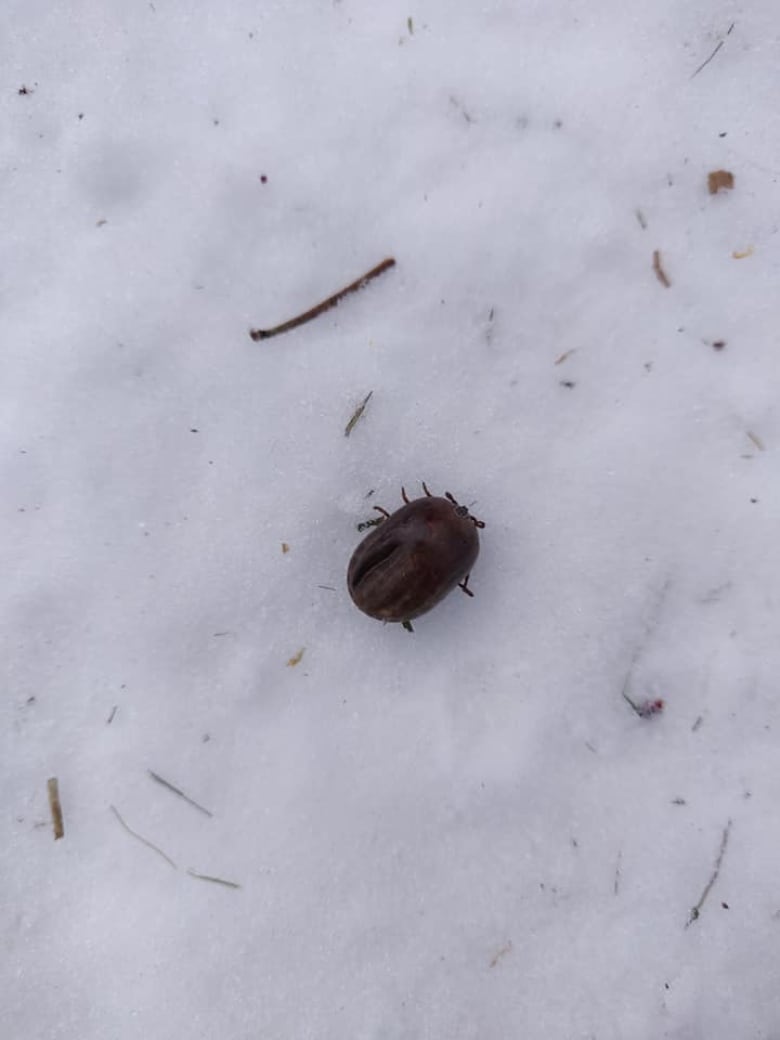 Prince George resident Erin DiTombolo has been finding winter ticks in her backyard left behind from a moose that she's seen in her neighbourhood. (Submitted by Erin DiTombolo)

The province has an online winter tick survey program, so the public can report any moose they see affected by the parasites.

The reports of ticks in the area are not too surprising, said Jones.

"There are 32 species of ticks in Canada, and they don't discriminate between what animal they are found on," she told Daybreak North host Carolina de Ryk.

NOT A THREAT TO HUMANS

While ticks are a threat to moose, Jones said the public doesn't need to be too concerned for their own health.

"These ticks do not pose any health risks to humans in terms of championing disease to humans or domestic animals."

In high numbers, winter ticks can be a concern for some pets like cats or animals, but in low numbers they can be removed from their fur, like any other tick, said Jones. 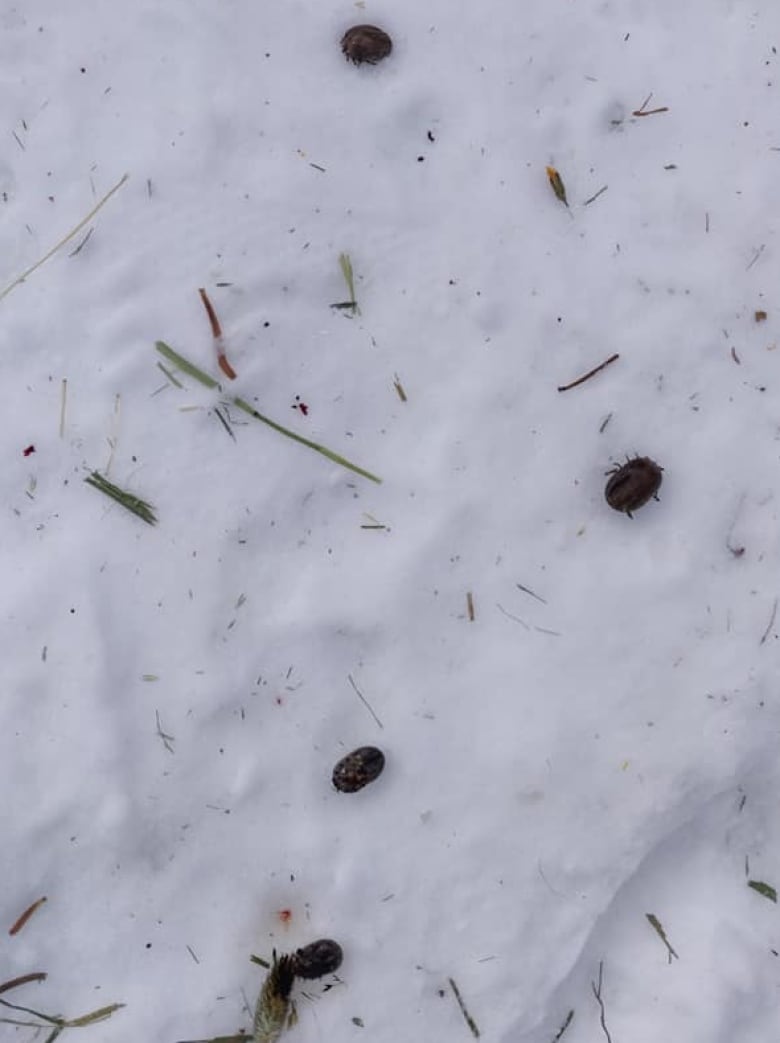 Erin DiTombolo said she found at least a dozen ticks in her backyard that were immobile because of the cold temperatures. (Submitted by Erin DiTombolo)

Winter ticks do not transmit diseases like Lyme disease the way some others do, she added.

Risk to moose When ticks accumulate, it causes moose to scratch their fur, which makes them lose some of their fur.

"[This removes] a lot of their outer coat and guard hairs, which they need to keep them warm in this still kind of transitional cold period," said Jones.

Winter ticks often accumulate around the shoulders, and in bad cases, they will move down to the rear, haunches and belly of the moose, she added.

B.C. government needs your help identifying moose with ticks "The ticks are consuming a lot of the moose's blood and therefore, in high numbers, it can result in a huge amount of blood loss especially for young moose," said Jones.

"It's really weakening them ... all this time spent grooming and itching is taking time away from foraging for the moose."

Moose are particularly affected by winter ticks because they are more solitary animals. Animals in herds usually will remove ticks from each other, said Jones.

Moose-killing ticks draw close attention of researchers "Moose are stimulus groomers, so other animals will consistently remove ticks from fall all the way up till now," she said.

"However, moose allow ticks to accumulate, because they only really start itching and scratching and removing them in response to the ticks biting them, which is right about now."

This article was written for the CBC by Dominika Lirette, with files from Daybreak North.

VIDEO: A MOOSE ON THE LOOSE IN TORONTO