Monday, August 10th 2020, 9:34 am - First of its kind study analyzed flow patterns in glacier-fed rivers, to find impact on communities.

A first-of-its kind study from the University of British Columbia has found that melting glaciers will bring water shortages to one-in-four people living in Alberta.

The study, which was published in the journal of Nature Climate Change on Aug. 3, found that global glacier retreat will have big impacts on the availability of water for communities that rely on glacier runoff during the summer season.

Sam Anderson, the study's lead author and a PhD candidate in UBC's department of earth, ocean, and atmospheric sciences, grew up in Alberta.

During his undergrad at the University of Alberta, he came across photos comparing the size of glaciers in the Rocky Mountains 100 years ago and today.

"I was really shocked at how much smaller they were today, versus in the past. And then I was thinking, you know, in Edmonton, when I turn on the tap, that water is coming from the North Saskatchewan River, which at the very beginning is starting at these glaciers that are disappearing," he said.

"So that's when I became very concerned and interested in figuring out how water supply in communities will change as we lose these glaciers."

Anderson and co-author Valentina Radic looked at water flow data for 194 rivers from the 1980s through 2010, to see how glacier-fed rivers in the province behave differently from non-glacier fed rivers.

What they found was the loss of glacier-fed waters will have a significant impact on the water that supplies the Bighorn Dam, which serves more than 1 million people, Rocky Mountain House, Lake Louise, and Hinton. Alberta's total population is roughly 4.4 million. 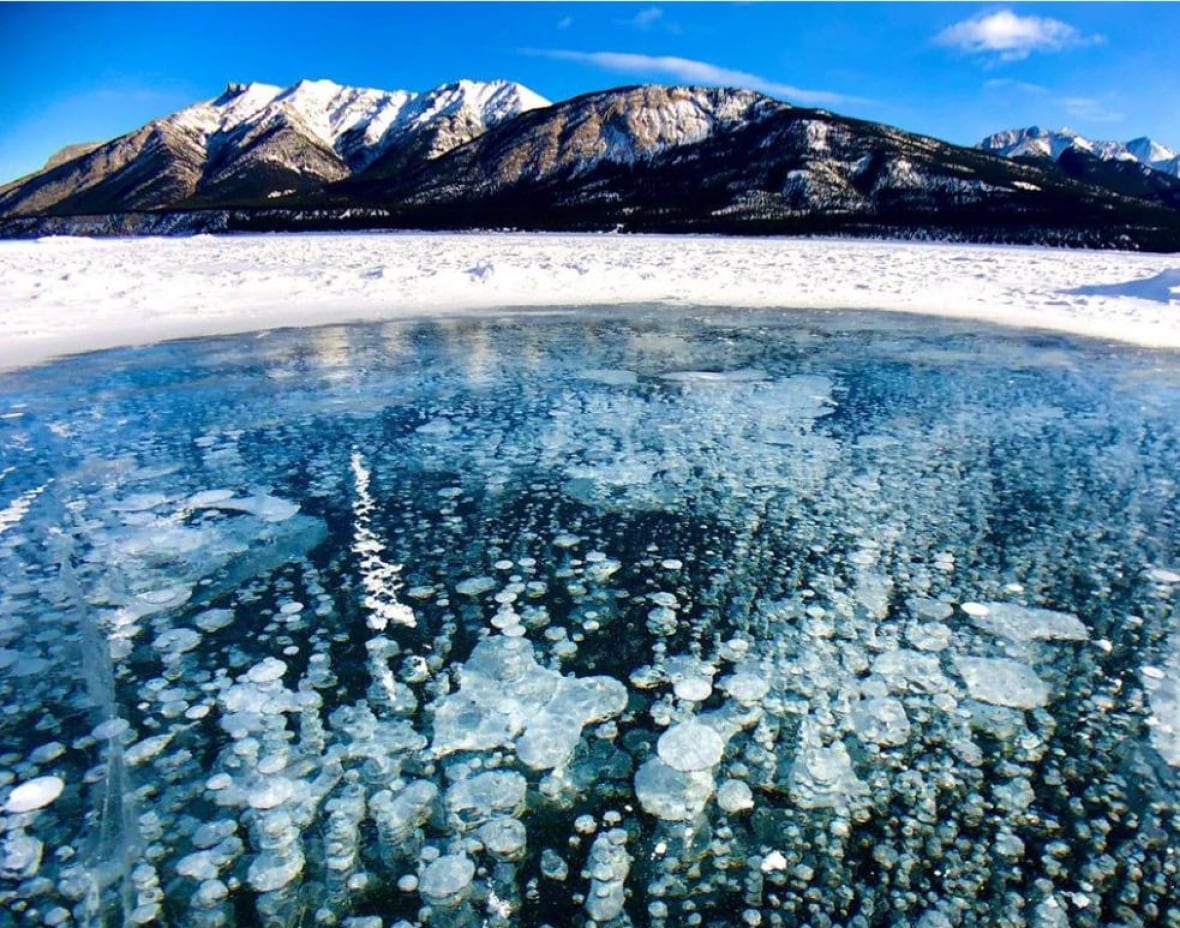 Lake Abraham was created with the construction of the Bighorn Dam. It's fed by glacial runoff from the Rocky Mountains. (Submitted to the CBC by Wintography.)

"Once these glaciers are no longer contributing water to the rivers, the rivers at those locations will have lower flows on average, and greater variability from year to year," he said.

He said there will be less water available in those areas in August each year, and the supply will be more inconsistent.

"Effectively what we found is not that there will be no water in those locations in late summer, but that they'll be transitioning from historically high water happening in August to, in the future, having low water."

Alberta was once covered in glaciers, which are formed when snow accumulates in winter. Some glacier loss — called runoff — is natural each summer, but the warming climate has caused summer runoff to outpace the accumulation or replenishing of the glacial ice each winter.

Models show that the Rocky Mountains could lose 90 per cent of glacier ice volume by 2100, due to climate change.

Anderson said he hopes this data will help Alberta get ahead of the curve to plan for water supply issues in future summers by looking at water management strategies that have been effective in other regions.

"Glaciers are very important to Alberta," Anderson said. "Glaciers really are this iconic part of Alberta's heritage and part of the imagery when you think about Alberta."

While glaciers feed municipal water supplies, they also do a lot more, like generating hydropower, providing irrigation for agriculture, and playing a role in terms of tourism. 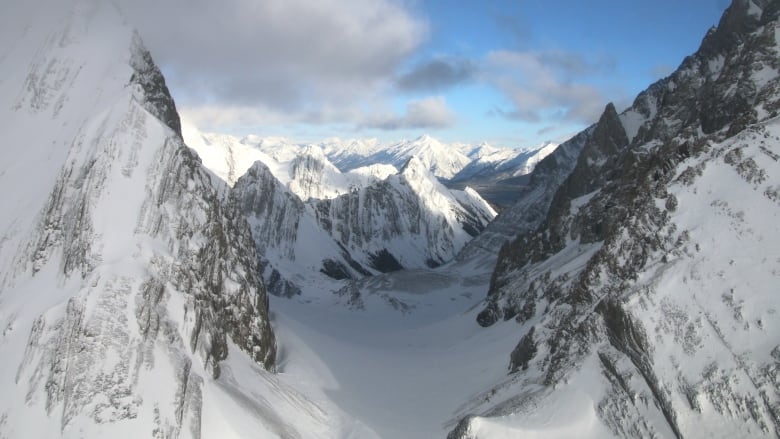 The Robertson glacier runs down the divide between Mount Sir Douglas and Mount Robertson on the Alberta-B.C. border. A new study from UBC has found that melting glaciers will bring shortages to more than 1 million Albertans' water supplies. (Rachel Maclean/CBC)

The study also led to a surprising discovery. Some communities located near glaciers, like Jasper and Banff, will likely be shielded from water loss from retreating glaciers, as they source their water from deep underground aquifers.

Anderson said in future research he hopes to look at how other factors, like the changing snowpack and weather patterns will also impact water supplies.

"Glaciers are not the only things that are going to be changing over the coming century," he said.