Sunday, February 16th 2020, 3:16 pm - Skywatchers will be treated to a spectacle Tuesday morning, as Mars will tuck itself behind the Moon for an hour

For roughly 60 minutes in the morning on Tuesday, Feb. 18, astronomers and skywatchers alike will be able to watch Mars disappear behind the Moon.

There will be five lunar occultations in 2020 and similar to eclipses, you have to be in the right place at the right time to catch a glimpse. The two planets need to be high enough in the sky to be easily seen, and if it's after sunrise where you are, a telescope is required.

Those residing within the Mountain Time Zone have the most optimal viewing opportunity, as both the beginning and end of the event takes place in the sky before dawn.

MUST SEE: Watch Churchill's Northern Lights, live, from anywhere in the world

For those in the east, the occultation will commence shortly after the local sunrise, but it may be possible to watch Mars move behind the Moon with a telescope or a good pair of binoculars. Even without the aid of such equipment, it's still worth looking just before dawn to see Mars extremely close to the crescent Moon.

Look up in February! It's the best time of the year to view Mercury, Mars disappears behind the Moon on Feb. 18 and the bright red star on Orion's shoulder, Betelgeuse, has been acting weird. (Or has it?) ✨ https://t.co/AC4LEghWYS https://t.co/ZN2swMNwm0

Observers in the Central Time Zone will be able to watch the beginning of the occultation in the pre-dawn sky, as Mars drifts behind the Moon. The end of the event will occur after sunrise.

People located in the Pacific Time Zone will be able to catch the end of the occultation, as Mars slides back into view from behind the Moon's dark side. All that will be needed is a clear view low in the southeast sky to see it. 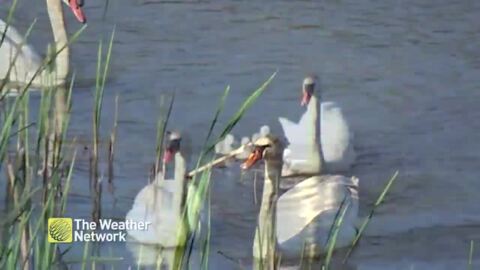