Long distance swimmer Debbie Collingwood and two of her friends had a whale of an experience in the waters off West Vancouver on Sunday August 9, 2020. (Meyrick Jones)

Long distance swimmer Debbie Collingwood was supposed to be swimming the English Channel this summer, but on Sunday morning got the experience of a lifetime in B.C. waters during a three-hour swim near Bowen Island.

"We came around the island at Whytcliffe [Park] ... and there was a pod of orcas ... coming straight for us," she said.

During Collingwood's swim, two of her friends kayaked alongside to support her, and the trio nervously watching as the group of three or four whales moved closer and closer.

When the pod was about 10 metres away, her friend Meyrick Jones grew concerned she could be in trouble.

"They are called killer whales for a reason," he said.

As he videotaped the extraordinary scene, he told Collingwood to, "tuck your legs up by the hull of the kayak."

The group tried to move out of the pod's path and after a few minutes — much to the group's collective relief — the whales swam right past.

"When I recovered I realized they weren't that interested in us at all," said Collingwood. "I started to feel some awe. But definitely some fear." 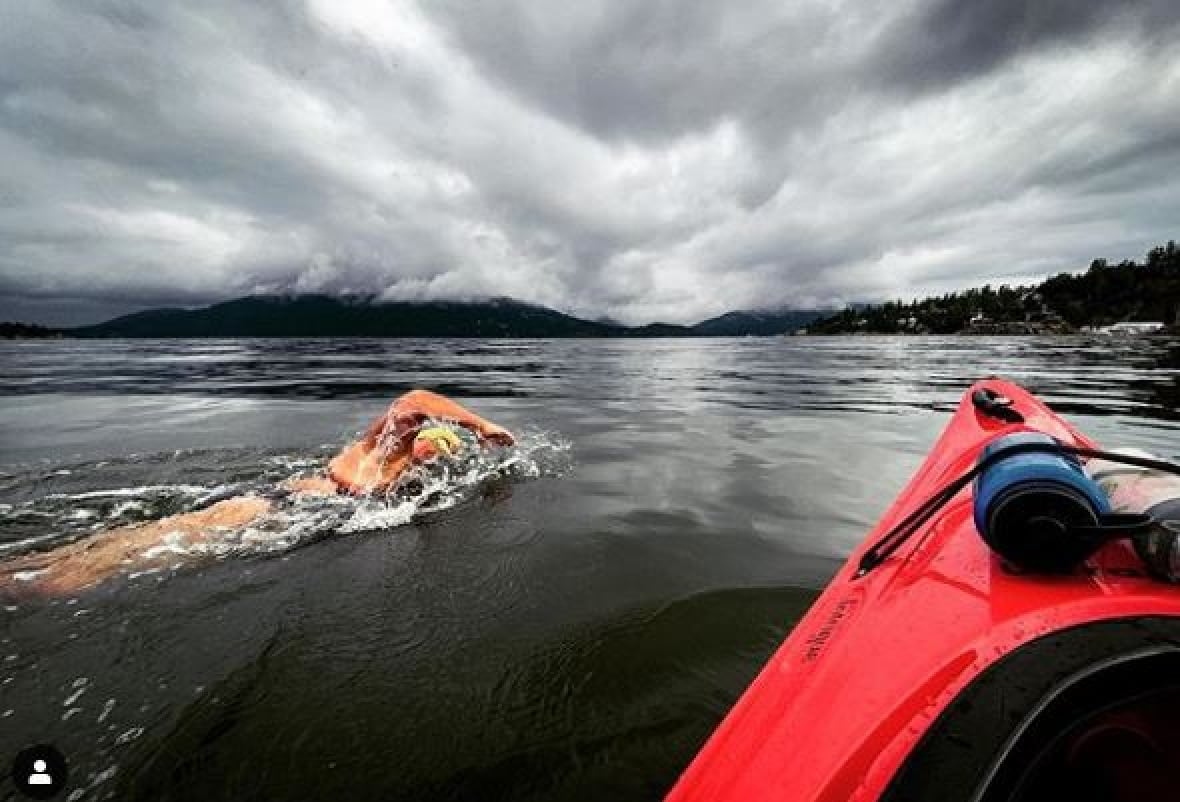 Debbie Collingwood, putting in the miles training for a 2022 swim event in the English Channel, on Saturday, August 8, 2020. (Meyrick Jones)

The group was just 15 minutes away from finishing for the day when they encountered the whales. Once on shore, they rushed to watch the video they had gathered of the experience.

Collingwood says people ask her all the time if she's fearful about being in the water for lengthy stretches of time — or what she might do if she ever came upon whales.

"Now I know. Nothing compares," she said. "There's not much you could do but watch it and be amazed and hope that they didn't take any interest."

Collingwood's English Channel attempt has been postponed due to the COVID-19 pandemic.