A team at the Atlantic Veterinary College in P.E.I. is working to identify why large numbers of crows in Charlottetown are being found sick or dead in the Victoria Park area.

Scientists with the college estimate about 200 birds have been brought in over the past several weeks, either to AVC's wildlife clinic or to the Canadian Wildlife Health Cooperative's pathology and microbiology lab for the Atlantic region, also located on AVC's campus.

Megan Jones, an assistant professor at AVC and Atlantic regional director of the cooperative, said mortality at this time of year happens regularly, but a few dozen dead crows would be the norm.

"We want to make sure it's not the beginning of a bigger thing," said Jones.

"Really, any dead crow is not ideal. We want them all to be happy and healthy, so we always try to investigate as best we can. But certainly these numbers this year were larger, and in a very short period of time, a lot of crows died." 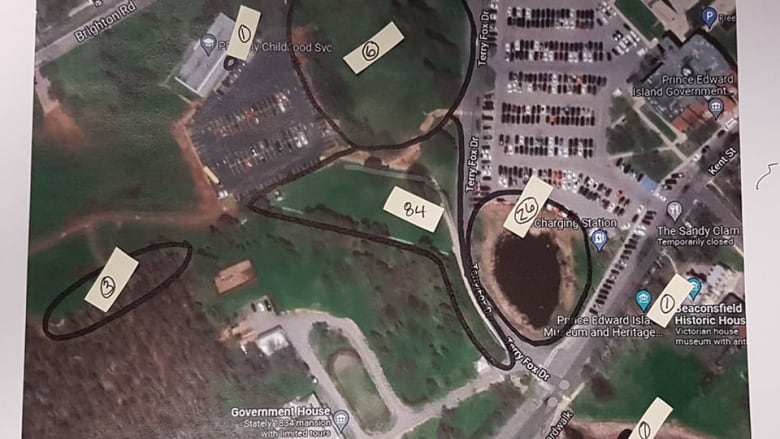 An aerial view of Charlottetown's Victoria Park shows where dead or sick crows have been found. (Maryrose Carson/CBC)

People working on the investigation include pathologists, technicians and virologists, in addition to wildlife clinic staff.

Jones said it's not possible to examine each crow individually, but the sample selection has shown similar symptoms: abnormal gastrointestinal tracts — with disease affecting their intestines — and inflammation in other organs, such as the liver and spleen.

She said tests have confirmed it isn't avian flu. And the suspicion is that it could be a type of reovirus, something that's caused crow deaths in the past. She said it's important to keep working until a source of the deaths is confirmed, in part to help prevent other problems.

"Some of the viruses and other diseases that affect wildlife can affect domestic animals like poultry," said Jones.

"And that could have commercial implications. We've all heard of potato wart. So we know that diseases can affect agriculture. And then also, there's lots of diseases that can affect people as well that animals can carry." 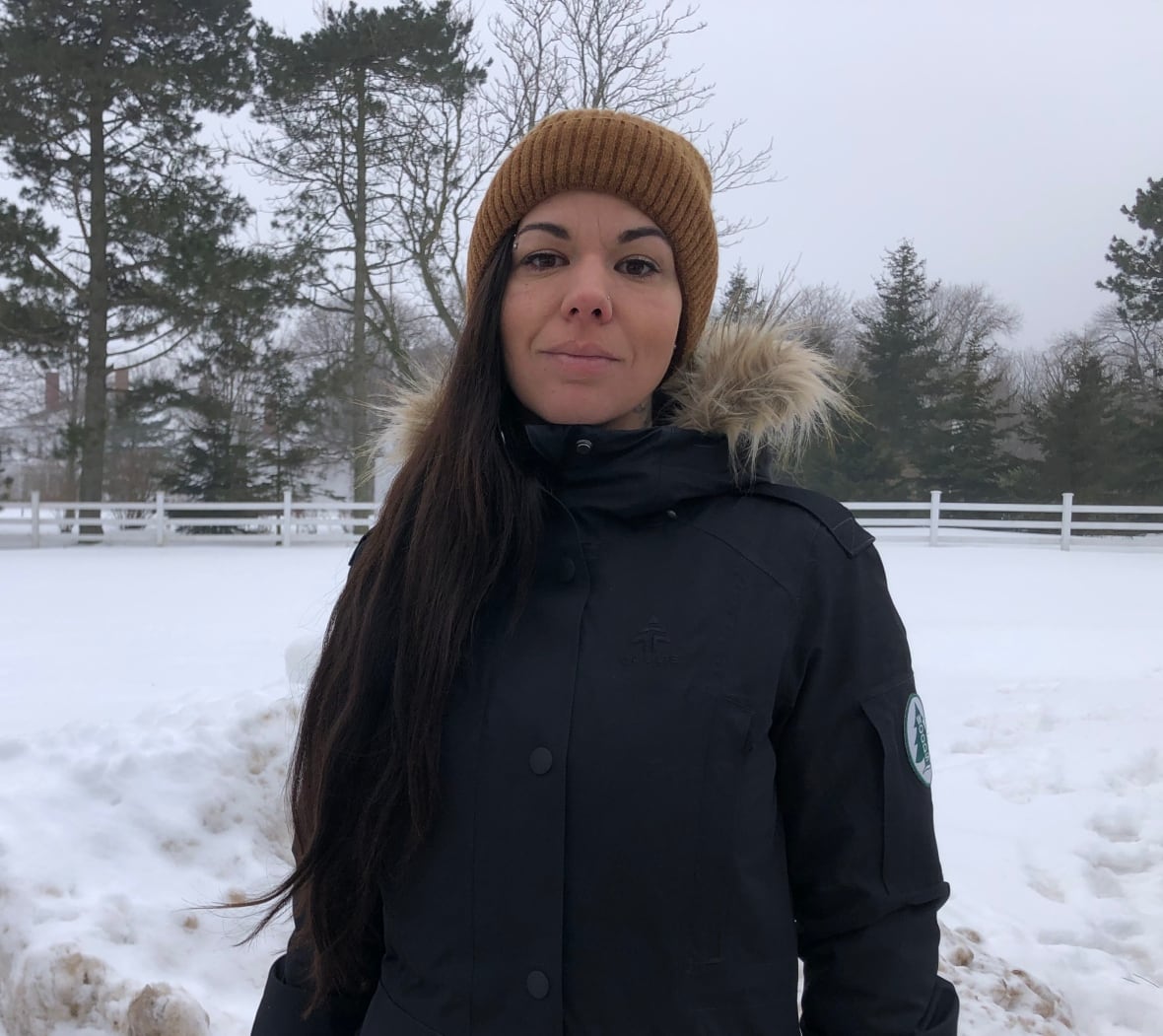 Katherine Laurence estimates nearly 200 crows have been found sick or dead in the Victoria Park area of Charlottetown in recent weeks. (Jessica Doria-Brown/CBC)

DO NOT APPROACH SICK OR DEAD ANIMALS: EXPERT

For people who come across a sick or dead crow, she has some advice.

"And for live, sick animals, we would recommend never approach them. You don't want to stress them out. I would contact the wildlife clinic at the teaching hospital here and they can give guidance about whether or not the animal needs to be seen, and how best to approach it and transport it."

Resident Katherine Laurence has been finding crows since Christmas. "That's when I came across a whole line of dead crows, there were about 16 of them, all in a 50-yard radius," said Laurence.

She's among a small group of bird and animal lovers who have been collecting sick and dead crows, and monitoring what's happening in the area. The group came across almost 90 in a single day, and say they continue to find about a dozen daily.

While the dead ones are disposed of, the live ones are put into a cat carrier and brought to AVC. Laurence said the live ones have been docile and lethargic.

"They can't seem to fly very well," she said. "They can barely lift themselves, maybe like three feet and then they drop. They're very calm when you hold them."

WATCH BELOW: BIRD FEEDING MAY BE A MORE COMPLEX ACTIVITY THAN YOU THINK

Maryrose Carson is part of the group. She said coming across that many sick and dead animals is disturbing.

"It's devastating and heartbreaking," said Carson. "People are saying let nature take its course, but when it's right in the middle of a city, in a public area, it's kind of a big pill to swallow, to just kind of let it go, that it's a normal, natural occurrence."

'WE DON'T KNOW WHAT THIS IS'

Carson is hopeful more information on what's happening to the crows will be available soon to help keep people, pets and other wildlife safe. She'd like to see more done to manage sick and dead birds in public spaces.

"It should be a proactive approach from the city, or from the province, whoever it is, to come and make sure that public places are clean and they're readily available for families, for kids, for people with their pets, and other wildlife," said Carson.

Officials with the province's Department of Fish and Wildlife said they're awaiting results from the Atlantic Veterinary College "before a determination can be made if it is something unusual or not."

They say crows found in Victoria Park can be reported to the City of Charlottetown for proper disposal.

Ths aritcle was written for the CBC by Jessica Doria-Brown.