Tuesday, September 15th 2020, 11:42 am - Levels of arsenic and lead in Hay and Slave rivers more than double previous record. A view of the Cassette Rapids on the Slave River. Water monitoring by the N.W.T. government showed record high levels of metals in the water, likely stirred up by spring's historic high water. (Leif Anderson)

Historic high water levels on the N.W.T.'s Slave River and Hay River have resulted in record amounts of trace metals in the water, including arsenic — but even so, scientists say the danger to humans and wildlife is minimal.

This year, an abnormally sudden and late spring caused record high waters on many northern waterways. On the Hay River, waters were high enough in April to force the evacuation of hundreds of residents of Hay River, N.W.T.

"I've been doing this a long time, and we've never been out on these rivers when the water has been as high as it was," said Andrea Czarnecki, a water quality scientist with ENR.

High waters bring high turbidity by stirring up sediment at the bottom of rivers, so scientists are prepared for spikes in metal levels with each spring surge.

But with water levels higher than previously recorded, "we had hypothesized that we're gonna see some new water chemistry data this year," she said, "and sure enough we saw that.

Data from ENR shows levels not recorded since the territory took over water monitoring in 1982, with dozens of metals appearing in record concentrations.

Both the Hay and Slave rivers recorded levels of arsenic and lead more than double previous records. Other less dangerous metals, like iron and aluminum, tripled.

WATERS NOT BELIEVED TO BE TOXIC

Despite those alarming numbers, scientists are not concerned that the water may be toxic. A background report sent with the data to journalists explains that treated or boiled water is still safe to drink.

As for the effect on wildlife, Czarnecki and the department say it's likely to be minimal.

"The metals found in highest concentrations in the Hay and Slave Rivers are not likely to affect aquatic organisms, as they occur in a form that is attached to suspended solids (dirt) in the water," the background report reads. "In this form, the metals are not easily absorbed by fish and other aquatic life."

Though the numbers are above levels deemed safe for aquatic life by the Canadian Council of Ministers of the Environment, Czarnecki said since the Slave and Hay rivers normally see relatively high concentrations of these minerals, it's less alarming than if a previously rare mineral appears in abundance. 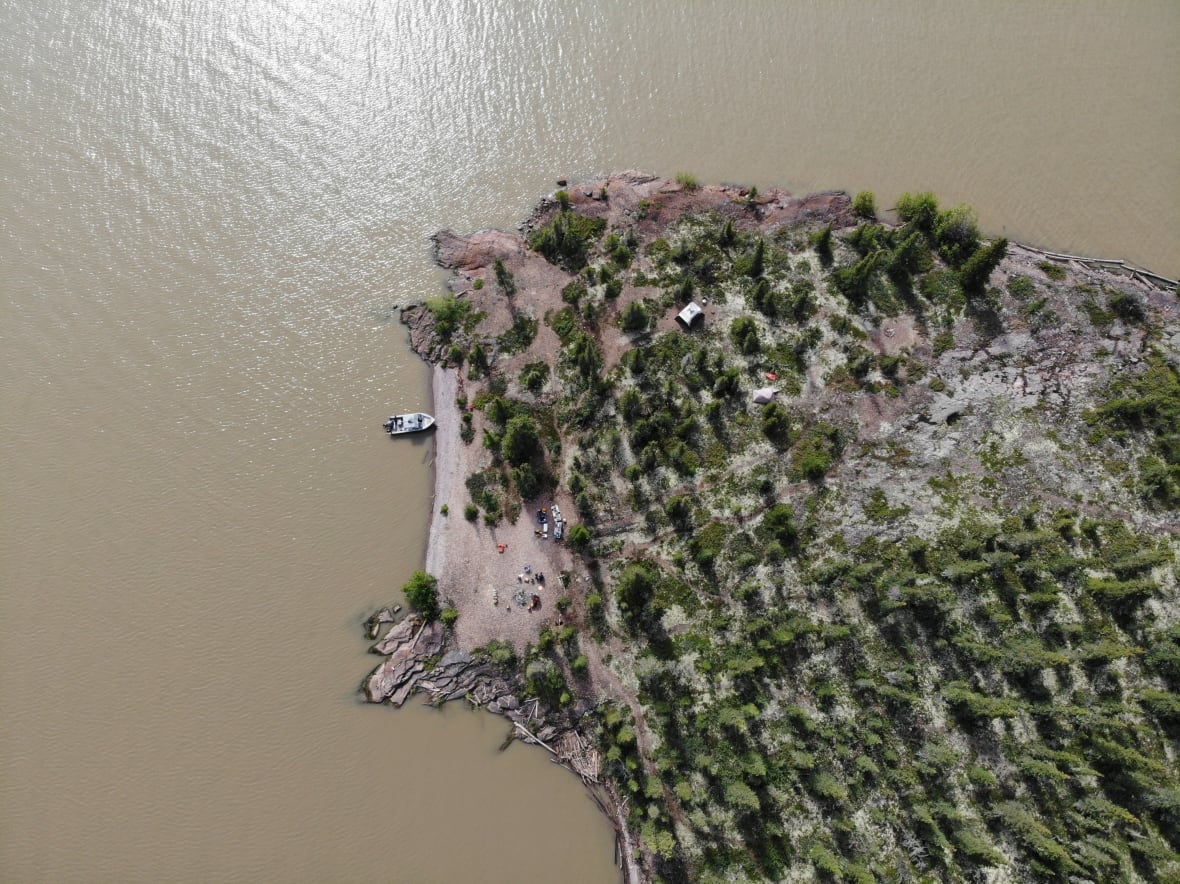 Brown water in Great Slave Lake this summer was a sign of the unprecedented turbidity of northern waterways, brought on by high water levels. (Submitted by Gregory Stewart Cameron)

The amount of more harmful dissolved toxic minerals also increased, the report notes, but are lower than historic maximums.

Czarnecki noted that while all this is new for territorial scientists, traditional knowledge holders, like local elders and the expert land users of the Mackenzie basin, have told them this spring's high water levels were not totally unprecedented.

That means there is much more to be learned by studying the long-term effects of this surge and by better integrating their research with that done by Indigenous land users.

Results of water tests from a brown plume of sediment that appeared in Great Slave Lake this summer, plus tests for hydrocarbons and pesticides in the Slave and Hay rivers, are still to be released.

This wrticle was written by the CBC.