Friday, October 18th 2019, 12:37 pm - City's proposal is to revolutionize consumption, requiring each Montrealer to cut waste by 10 kilograms a year

In its plan for the management of residual waste over the next five years, the City of Montreal is proposing a new "social contract" with residents and businesses, inviting us to change how we view waste and consumption.

The city's goal is to be "zero waste" by 2030 — an ambitious target that, if we were to reach it, would require each Montrealer to reduce the amount of waste they produce by about 10 kilograms per year.

The city is holding consultations on the plan starting later this month, including a public meeting in November.

Here are the city's goals and how they intend to reach them.

WHY ARE WE DOING THIS?

educing waste and changing how it is managed is part of the city's plan to reduce greenhouse gas emissions in accordance with goals set out by the United Nations Secretary General.

Materials that wind up in landfills generate greenhouse gases as they decompose, and the production and transportation of goods adds to our carbon footprint — all for nothing if the end product just winds up in the trash.

A report issued last year by the United Nations Intergovernmental Panel on Climate Change said that the global economy would have to undergo a major transformation at an "unprecedented" pace in order to prevent catastrophic climate change.

The city argues that by setting these targets and creating new regulations, it will encourage the market to use greener products, engage citizens to change their consumption habits and improve how we handle waste from industry and individuals.

In its plan, the city says it wants to create a "circular economy," where virtually everything is reused and repurposed in some way, instead of being thrown out. This means changing how we consume, but also how industries — especially food, textile and construction — produce their goods.

WHO IS BEING TARGETED?

The city is looking at everyone, from the individual to those who make systems-wide decisions.

Consider the use of disposable water bottles:

WHAT WOULD BE BANNED?

The city says it will hold public consultations over what is to be banned. It is targeting all single-use items and plans to have some new regulations in place starting next year.

The city said last April it intends to gradually ban items such as plastic straws and take-out containers, and it is also looking at the impact of those flyers delivered to homes in plastic bags.

The city also wants to ban textile companies from dumping unsold goods and materials thrown out during production. To help reduce waste in the textile industry, it wants to make the reuse and donation of materials easier and to modernize waste pickup.

The city intends to eventually bar grocery stores, schools and hospitals from throwing out organic waste. It wants that food donated or transformed in some way so that it could be used by those in need. Whatever can't be reused or transformed would have to be composted.

The ban would progressively bar businesses from throwing out organic waste, prioritizing the largest waste generators.

While the city says it could impose fines down the road, it says it wants to encourage collaboration rather than to be punitive. It also plans to take a consultative approach with grocery stores, to educate them in how to fight food waste.

WHAT ELSE IS BEING PROPOSED? 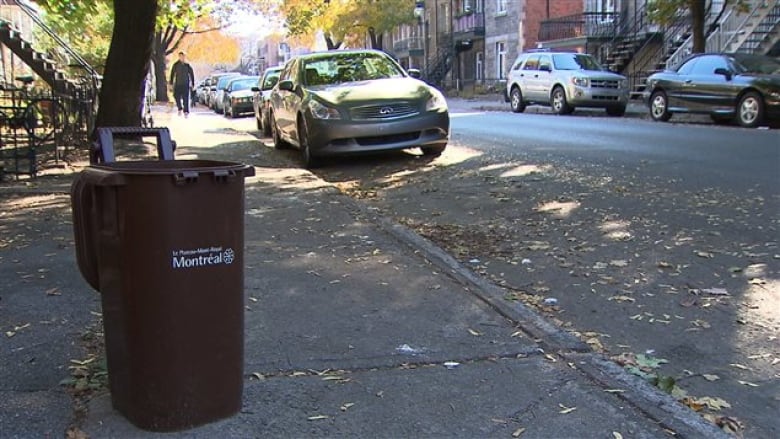 Starting in 2020, Montreal will run pilot projects where garbage pickup is reduced, encouraging people to use their compost bins. (Radio-Canada)

Improving the city's composting facilities is a key part of meeting its waste-reduction goals. According to city data, while overall residual waste has gone down eight per cent since 2010, more than half — 55 per cent — of what's going into landfills is made up of organic material that could be composted.

Left to decompose in a landfill, that material releases methane, a greenhouse gas, into the air. The city wants to modernize and build new compost facilities, which would produce mulch and natural gas that could be used instead of fossil fuels extracted from the ground.

It also wants to ensure that the materials that are being put into recycling and compost bins don't just wind up in landfills.

Another goal is to have all industrial parks and work sites composting, and, by 2025, have curbside compost pickup available to all residences in Montreal.

Currently, buildings with more than nine units do not have access to curbside compost pickup.

Starting next year, the city will also run pilot projects where garbage pickup is reduced, encouraging people to use their compost bins.

By implementing these measures, the city is setting a goal of cutting the amount of organic waste going into our landfills by half by 2025.

It's also looking at ways to reduce waste produced during construction, renovations and demolitions — such as requiring the developer to recuperate a certain amount of material when it is applying for a permit.

HOW MUCH WOULD IT COST?

To implement waste-reduction measures, the city estimates there would be an annual cost of about $8 million per year from 2020 to 2025. However, it also says that there will be savings as the amount of waste we create shrinks, such as using less fuel as garbage trucks make fewer trips.

The plan estimates that a 10 per cent reduction in residual materials would result in $10 million in savings in the operational costs of waste management.

IS ZERO WASTE EVEN POSSIBLE? 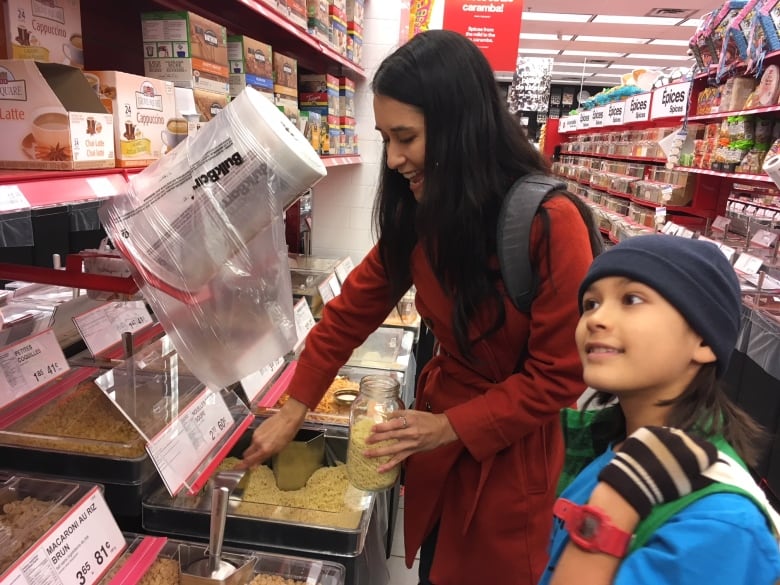 Tippi Thole has come as close as anyone can to a zero-waste lifestyle. She and her son Eames, nine, buy groceries at bulk stores, bringing their own reusable containers from home. (Joanne Bayly/CBC)

While the tagline "zero waste" is often used to describe such initiatives — from individuals to pledges by cities — the reality is really to vastly reduce waste rather than eliminate it.

The C40 Advancing Towards Zero Waste Declaration sets targets of cutting waste produced by each citizen by 15 per cent, cutting waste sent to landfills by half and diverting 70 per cent of collected waste from landfills.

The city says this five-year plan will put it on track to meet those 2030 goals.

This article was written for the CBC by Colin Harris.