Should B.C. go ahead with the switch to permanent daylight time, the sun won't rise until after 9 a.m. for a full month in Vancouver during the winter. Some parts of the province won't see the sun until 10 a.m.

That means millions more British Columbians will wake up, eat breakfast and make their way to work before natural light fills the sky. Children will leave for class in the dark for about a third of the school year.

People who study sleep and neuroscience say that has serious implications including increased risk of cardiovascular disease and diabetes, but they believe those concerns haven't been taken into account by the province.

"It's a pity that a decision like that is being made without looking at the science," said Myriam Juda, a researcher at Simon Fraser University's Circadian Rhythms and Sleep Lab.

She's one of six researchers from SFU and the University of B.C. who wrote an open letter on Oct. 30, urging the province to reconsider the switch to permanent daylight time. The letter says the change will make it more difficult to fall asleep at night and wake up in the morning, leaving everyone under-rested.

"My children take a bus in the morning. They will be on the bus with the bus driver, also sleep deprived, driving them to school," Juda said. "And it will be dark."

To date, there's been no response to the letter from the province. In the meantime, MLAs have passed legislation that enables the province to go to daylight time year-round. 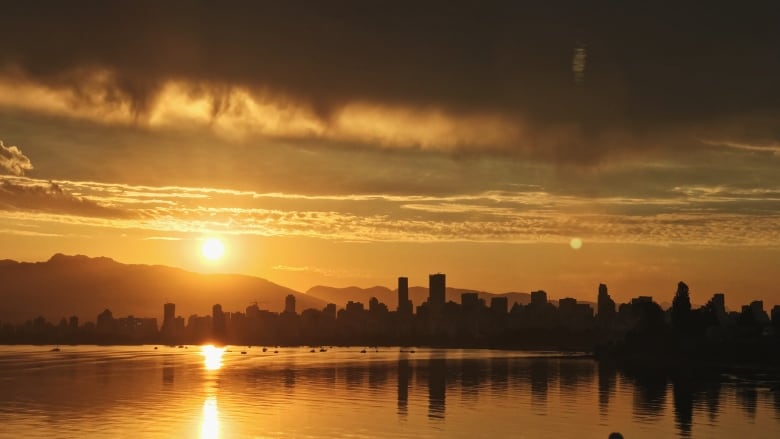 Researchers estimate that if B.C. switches to permanent daylight time, children will leave for classes in the dark for about a third of the school year. (Gian-Paolo Mendoza/CBC)

The researchers all agree that B.C. should abolish the annual spring and fall time changes, but say that standard time — the time currently observed during the winter — is the much better option.

"Our mental health will be better under permanent standard time than permanent daylight saving time. There would be less fatigue," Juda said.

That's because standard time closely matches up with solar time, meaning that the clock strikes noon when the sun is highest in the sky. Our internal circadian clocks manage things like hormone release and body temperature according to the position of the sun, not the time on the clock, Juda said.

But when 223,273 people responded to a government survey on the issue earlier this year, they weren't given an option to support permanent standard time. The only choices were permanent daylight time or sticking with the twice-yearly time change, and 93 per cent voted in favour of the switch.

When MLAs were given a chance to vote on the matter, Green Party representatives were the only ones to oppose the move to permanent daylight time.

Leader Andrew Weaver called the public consultation process "fundamentally flawed" and pointed out that both the U.K. and the U.S. have experimented in the past with year-round daylight time, only to switch back within a few years.

"I look forward to three years from now, if this bill passes… saying: 'Look, I told you so,'" Weaver said on Nov. 19.

'THE PRUDENT WAY TO PROCEED'

CBC recently filed a Freedom of Information request to the premier's office, asking for all communications with the health ministry over the last two years about health outcomes related to the potential shift to permanent daylight time.

No records were located.

Cabinet ministers declined to speak with CBC for this story, though a government spokesperson said the province continues to take different positions on the issue into account.

NDP MLA Bob D'Eith replied to CBC's questions to the province with an emailed statement that does not address the health concerns raised by Juda and her colleagues, but says permanent daylight time is "the option that makes the most sense."

"We will be moving ahead along with our American neighbours and our territorial neighbour the Yukon. This is the prudent way to proceed and it's what British Columbians expect," D'Eith said.

But Juda says the experiment isn't worth the trouble.

"I have heard statements such as that researchers are disagreeing on this topic, which is not true," she said.

"Researchers in circadian rhythms and sleep unanimously all over the world agree on this, that we should not have permanent daylight saving time."

This article was written for the CBC by Bethany Lindsay. Thumbnail image courtesy: Getty.