Tuesday, March 19th 2019, 12:11 pm - Air pollution from ships has a significant impact on the environment and our health Ships of all kinds are crossing our oceans and seas dumping vast amounts of air pollutants into the atmosphere. The number of cargo and cruise ships have been on a steep rise in recent times. As global population soars and economies expand, there is a higher demand for maritime transportation and leisure vessels.

According to United Nations trade statistics, cargo ships alone emitted over 10,000 million tons of pollutants in 2016, a number hard to digest that represents a 300 percent rise compared to 1970 values.

Cruise ship companies are also experiencing a frantic growth period, and in 2017 alone, a record 26.7 million passengers took a cruise -- stretching the growth trend of 21 percent experienced between 2011 and 2016.

Today, the shipping industry is one of the largest emitters of what are referred to as atmospheric pollutants, and in the case of sulfur oxides they are just a step behind the energy sector. There is growing concern with the growing pollution concentrations, because close to 70 percent of emissions coming from sea occur within 375 kilometres of populated land areas, exposing millions to environmental risks. Sulfur dioxide is at the top of the list, and breathing it can have a significant impact on people, especially children, the elderly and asthma patients. But ship exhaust also contains a particulate matter type of pollution, that leaves small solid or liquid droplets suspended in the air. When inhaled, pollution of this form can seriously damage the heart and lungs. Even smaller particles known as ultrafine particles can cause airway inflammation and immunological reactions in the lungs that can travel through the blood stream damaging other organs.

A recent study concluded that chronic exposure to fine particles emitted through ship emissions leads to about 400,000 premature deaths every year, mainly due to cardiovascular related illness and cancer. For children the number of asthma cases has been continuously escalating and ships today are responsible for close to 14 million of those.

The study also highlighted that those figures could be significantly reduced if ships switched to lower-sulfur content fuels, especially in very busy port areas of Africa and Asia. Efforts are already being made in some coastal areas of Europe and North America, where governments have established Emissions Control Areas. As ships approach the coast, they are required to use a lower sulfur emitting fuel, however these are more expensive, and once these vessels abandon the restriction zone, they go back to using older cheap bunker fuel which pollutes heavily.

The good news is that as evidence of the impact of ship emissions sees light, the global maritime industry has become more emission responsible by launching a major overhaul of its fuel supply. Starting January 1, 2020, the International Maritime Organization (IMO) will require that all fuels used by ships contain no more than 0.5 percent sulfur. This is a significant reduction from the 3.5 percent that exists today, and experts say it could mean a potential reduction of 150,000 premature deaths and 76 million asthma cases around the world each year.

China has already cut sulfur emissions in some of its busier coastal areas. The Asian country hosts 7 of the top 10 busiest container ports, and has been applying the low sulfur emission formula of 0.5 percent since 2017. Preliminary reports containing air quality measurements are already pointing towards an improvement in the air quality of all of China's coastline, and that is only good news for local residents. The initiative proposed by IMO goes beyond direct human health impact from ship emissions. The organization is also aiming at reducing fundamental greenhouse gas emissions that contribute to climate change.

In April 2018, a historic deal was made to lower carbon emissions from ships by 2050 by at least 50 percent when compared to 2008's emissions. This global transition to cleaner fuels by ship companies will also have to be reinforced with cleaner emission technologies such as the installation of exhaust scrubber systems, or a switch to liquefied natural gas. Low sulfur fuels are more expensive than the old bunker fuels, and in the long run, this could mean a spike in cargo prices or even more expensive cruises.

The world needs cleaner air coming out of ship stacks urgently, and all these solutions will continue to be positive for air quality and human health with time. Looking at the larger picture drawn by climate change, there is a need for much more aggressive action within the shipping industry, if the ultimate goal, as it should be, is to achieve decarbonization within a reasonable time frame. 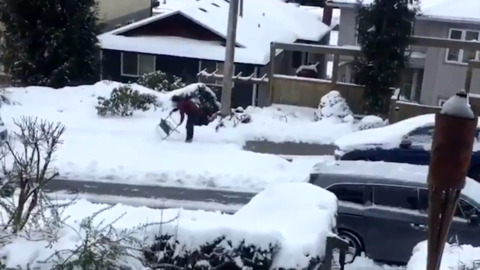