Melanie Loessl says she's never seen anything like it.

Early Monday morning, Loessl received a phone call from her daughter, just down the road from her farmstead near Guernsey, Sask., roughly 110 kilometres east of Saskatoon.

Her daughter told her a train had derailed and caught fire.

"When I looked out my window, all I could see was flames and crazy smoke," she said. "I thought our whole place was on fire."

Loessl quickly got dressed and ran down her driveway.

"It looked like the whole field was on fire," she said. 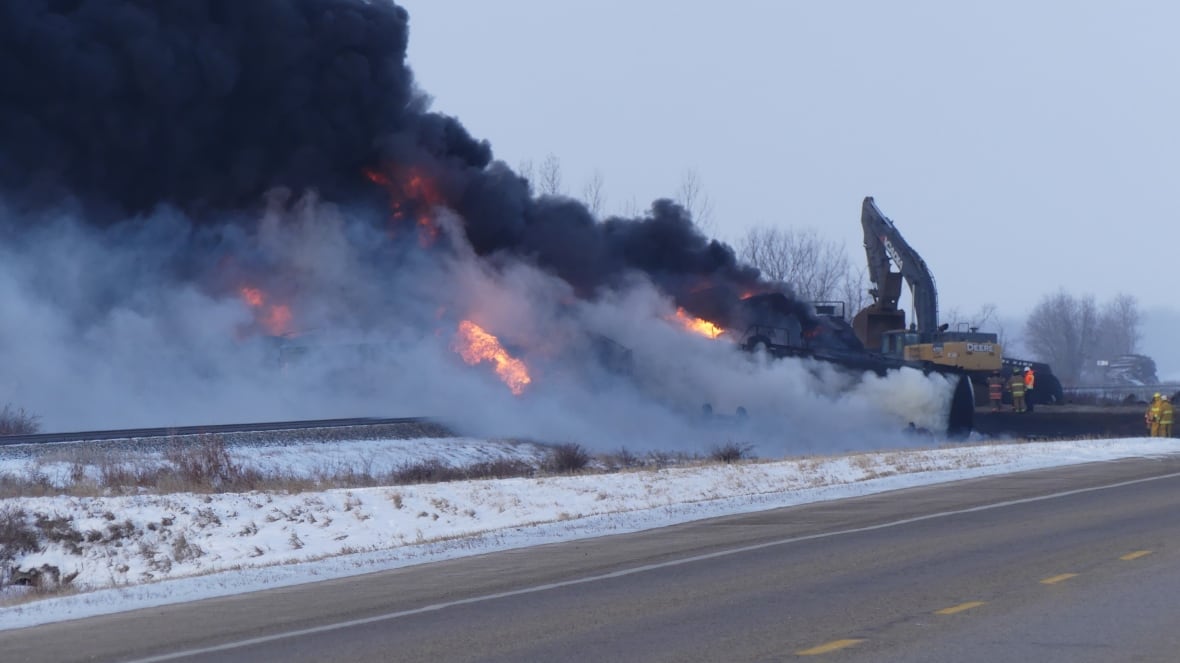 Smoke pours from the scene of the derailment. (Albert Couillard/SRC)

"I've seen field fires and stuff, but these flames were just soaring so high, I couldn't believe it."

Canadian Pacific Railway said the train was carrying crude oil when it derailed. The company isn't sure how many cars were involved.

A hazardous materials crew was sent to the scene, as well as a CP emergency response team.

Heavy smoke from the train filled the air, forcing police to close Highway 16 for hours.

Later Monday, a small army of heavy equipment descended on Loessl's farm as CP crews began the process of cleaning up the mess. 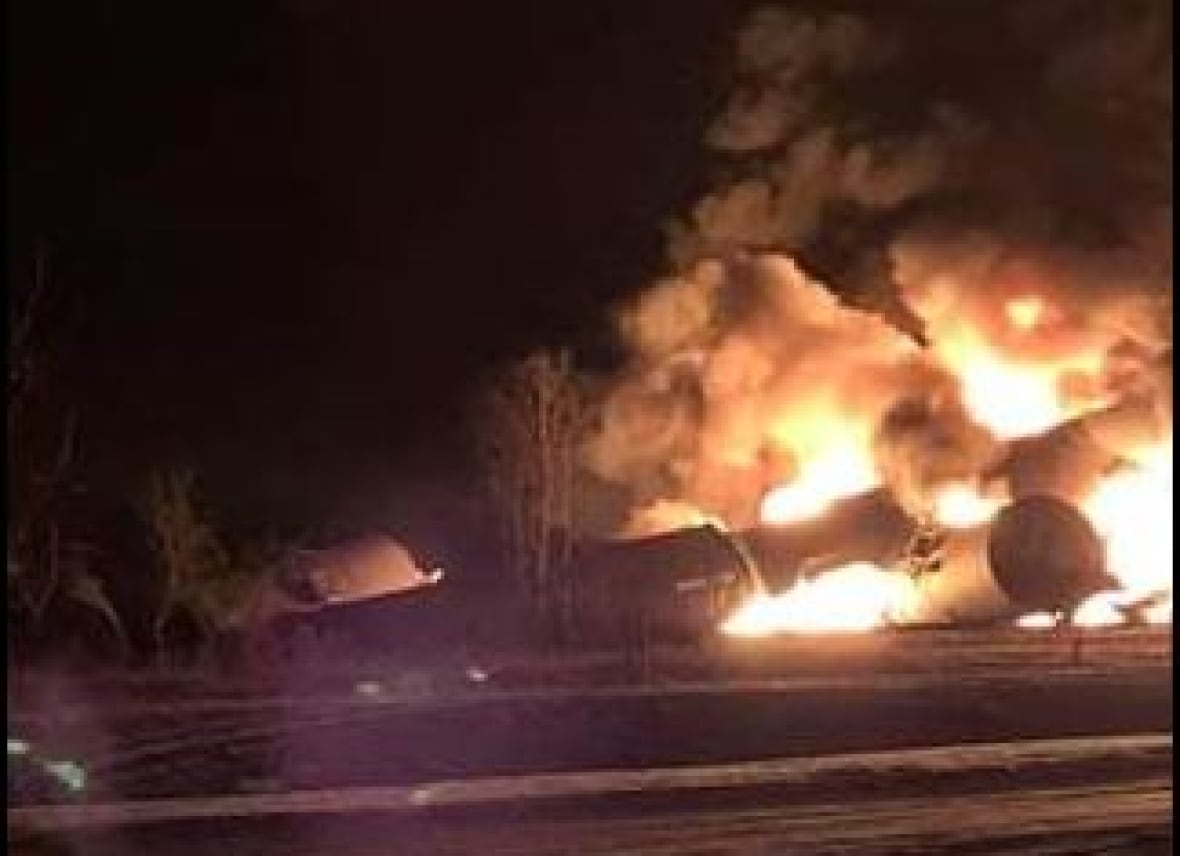 "They have front-end loaders, they have cranes," she said. "It's unbelievable."

CP said in a news release that it did not believe local waterways had been affected.

However, Loessl is concerned the oil will seep into her well water. She's also worried about possible damage to her field, now soaked in oil.

"The ground itself with the oil on it, we're not sure what's going to happen with that," she said.

"I'm not sure how that's going to work out."

A team from the Transportation Safety Board is travelling to the site to investigate how the derailment happened. The railway is also investigating.

CP says the area will be cleaned up and restored.

This article was written for the CBC by David Shield.