One of the most famous planes in B.C.'s history, a Martin Mars water bomber used to carry and drop vast amounts of water on wildfires, is for sale for $5 million.

"The opportunity to purchase and preserve a unique part of aviation history is now available for the discerning buyer, or donor," says the listing from the California-based seller, Platinum Fighter Sales.

The signature red and white plane, beloved by many throughout the province, was brought into service in the late 1950s as a powerful solution to the province's wildfires.

The massive air tanker was built as a transport plane for the U.S. Navy in 1946, and is one of the largest fixed-wing water bombers in the world, with a capacity to carry more than 27,000 litres of water. 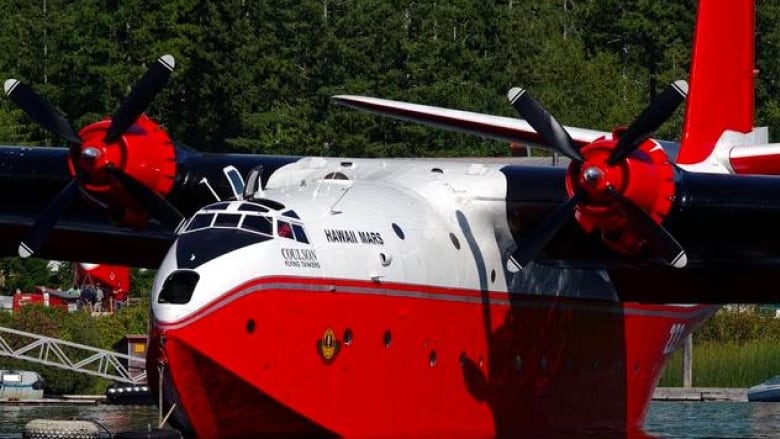 Historians say the U.S. Navy produced six of the planes as prototypes for large scale transport between the West Coast and Hawaii. But when aviation technology progressed, the planes were retired and put up for auction.

B.C.'s forestry industry came together to purchase and convert four of the planes into firefighting machines. 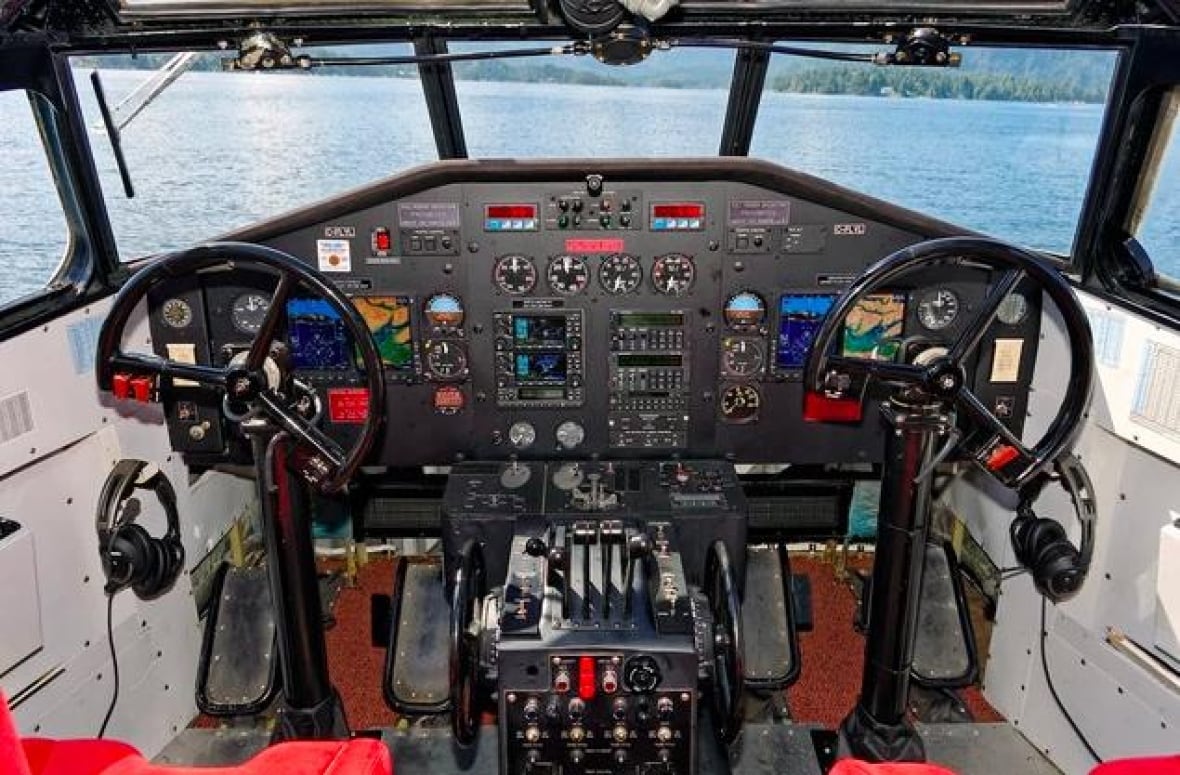 A photograph of the interior of the Martin Mars water bomber, Hawaii Mars II, from its sale listing. (Coulson Flying Tankers/András Mihalik/CBC)

The Platinum Fighter Sales listing says the one for sale, the Hawaii Mars II, is the only airworthy example of the plane left in the world. It last flew in 2016 and is currently in Sproat Lake near Port Alberni, B.C.

"It may not be fighting fires anymore but it certainly is a very unique piece of history from the 1940s," said Platinum Fighter Sales co-owner John Rayner. "So hopefully we can just keep this airplane preserved and going for future generations."

Raynor said Coulson Aviation has another Martin Mars water bomber, the Phillipine Mars, which is not air worthy and will most likely end up in a museum.

He said Platinum Fighter Sales has customers around the globe and it's possible the Hawaii Mars II could end up leaving the province.

TOO BIG FOR MOST WATER BODIES

A change in wildfire fighting tactics resulted in the water bombers' services no longer needed as regularly.

Also due to its size, the Martin Mars can only scoop up water from about 113 bodies of water in B.C., compared to the 1,700 bodies of water that smaller amphibious scoopers can access.

Firefighting tactics now focus less on dousing fires completely to containing them and keeping them away from structures — leaving them to burn as they would naturally.

The plane has a devout following however. One of the planes was displayed and flown for years at the Abbotsford Air Show, where crowds would gasp in awe as the plane dropped its load of water between runways.

The province ended its contract with the plane's owner, Coulson Aviation, in 2013.

It came out of retirement in 2015 to help fight wildfires for a month.

In 2017, at the Union of B.C. Municipalities convention, Port Alberni put forward a last-minute resolution asking the province to ink a new 10-year commitment to maintain the Martin Mars water bomber, but the motion was denied.

This article was written for the CBC by Chad Pawson.