Kenneth McAlpine, 28, was an experienced hiker and a former Amazing Race Canada contestant. He was killed after falling 251 metres from B.C.'s Mount Gimli. (Kenneth McAlpine/Instagram)

An experienced hiker and former Amazing Race Canada contestant has died after falling more than 250 metres from the peak of a popular mountain near Slocan, B.C.

The body of Kenneth McAlpine was recovered from Mount Gimli, at the edge of Valhalla Provincial Park, late Tuesday. It's believed the 28-year-old stumbled on the last section of the trail approaching the main peak, where the path becomes a narrow, ledgy scramble — where hikers have to clamber up on their hands and knees.

"We figure it's that section that he lost his footing on," said Mike Hudson, president of South Columbia Search and Rescue.

McAlpine had begun his hike on Monday — his 28th birthday. Friends phoned RCMP when he didn't show up for a planned bike ride at 5 p.m. PT.

Mounties began looking for McAlpine, and search and rescue crews were called in around 6:30 a.m. PT on Tuesday. Searchers found the hiker's body hours later, but couldn't reach him on foot due to dangerous terrain. A helicopter completed the recovery later in the day.

RCMP have been in contact with McAlpine's family, who live in Ontario. Officers are looking to speak with other hikers who were in the area of the peak around the time he may have fallen.

Hudson said McAlpine was experienced but had never been to that particular part of Mount Gimli before. He wasn't using climbing gear, but Hudson said one generally wouldn't on that route. 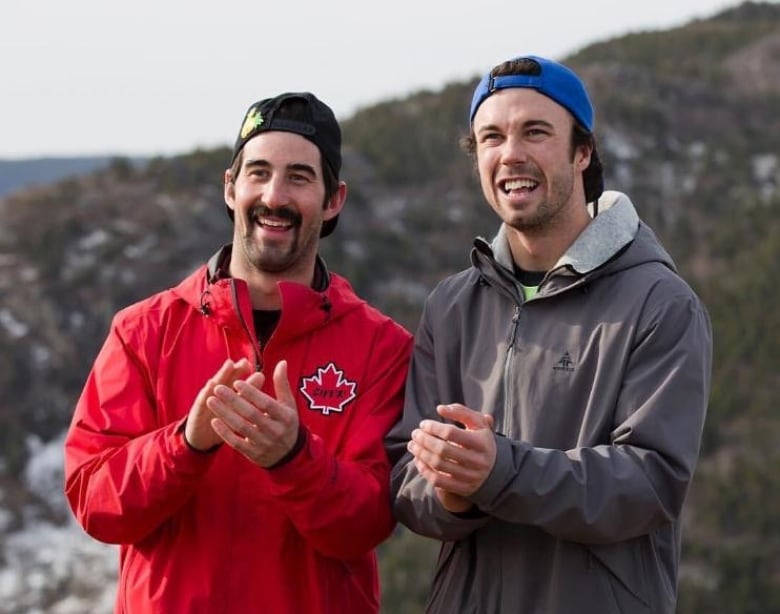 McAlpine, who lived in Rossland, B.C., was a contestant on the fifth season of the Amazing Race Canada. He and his race partner, best friend Ryan Lachappelle, were runners-up in the 2017 race.

On Twitter, the show said McAlpine's "infectious personality left a lasting impression not only on us, but with viewers across the country.

"His family & friends are in our thoughts & hearts during this difficult time."

Hudson described Mount Gimli as a "super popular" destination in the West Kootenay, with routes for hiking, rappelling and climbing. Experienced climbers can scale a number of routes on the sheer south face with full gear, while hikers often navigate the steep east ridge on foot.

This article was written for the CBC by Rhianna Schmunk.