A bout of colder-than-usual temperatures that has hit parts of Canada and the U.S. may have delayed the emergence of billions of cicadas, but it won't harm the insects -- and it definitely won't stop them from coming.

In some places, they've already started to show themselves, popping up in Washington.

And they'll soon start to appear across 15 U.S. states after spending 17 years underground.

The insects are part of the genus magicicadas, a group that has an internal clock telling insects to emerge from the ground every 13 to 17 years.

Experts are expecting Brood X (Brood 10) to contain 1.5 million 17-year cicadas per acre, and they'll be seen in areas between Georgia and New York. 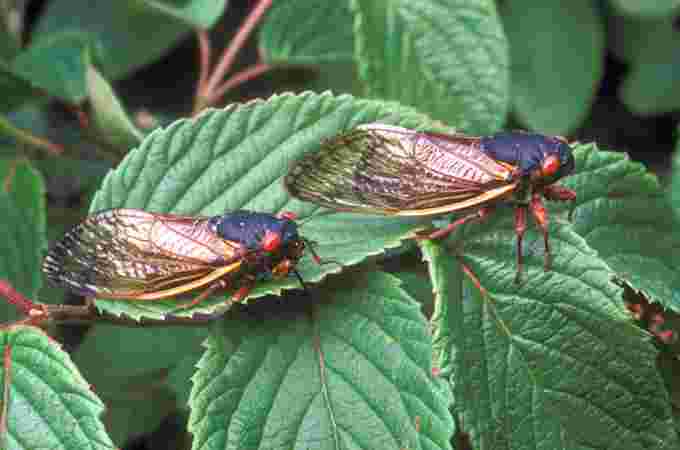 You've probably heard cicadas buzzing before. For many, their mating calls are one of summer's defining sounds.

Cicadas are one of the loudest insects known to man, there are over three thousand different species, and they only come out when it's hot.

Males are the noisy ones, and they buzz to attract females from far distances, Andalyne Tofflemire, a manager and naturalist at the Cambridge Butterfly Conservatory, told The Weather Network in 2020.

As the weather gets warmer, they tend to get louder. That's because once above ground their life span is short, leaving no time to waste when looking for a mate.

You can find cicadas on every continent, except Antarctica.

And while they emerge in large numbers and their buzzing may be disruptive, they don't cause any harm to people, animals, or property.

WHY DO I HEAR CICADAS EVERY YEAR?

Cicadas are grouped into roughly 15 broods, 12 of which are 17-year periodicals and 3 of which are 13-year. They all pop up at different times.

There are also species of cicadas that aren't periodical. Those ones emerge annually.