A team of marine biologists spotted a large group of 25 to 30 sei whales rarely found in the Pacific Ocean off the coast of British Columbia last week.

The team's lead scientist says spotting a group that large in the waters near the coast where the species is endangered is "unprecedented."

"The excitement was palpable," said Thomas Doniol-Valcroze, research scientist with the Department of Fisheries and Oceans.

"This is very rare for us." 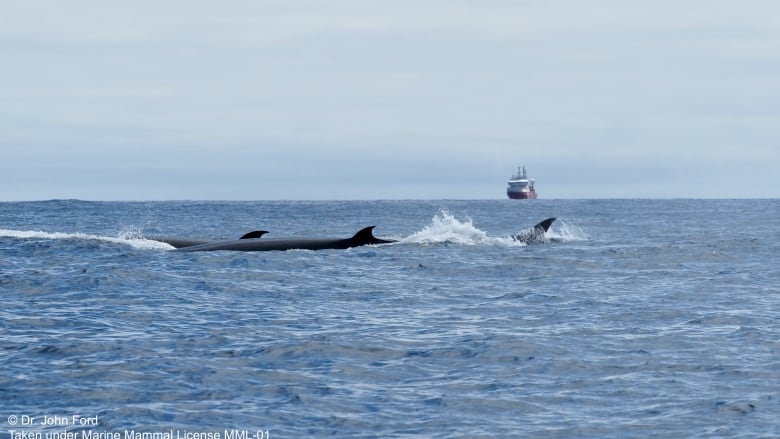 The group of sei whales was spotted by the scientists aboard the Canadian Coast Guard Ship John P Tully. (John KB Ford)

The sei whale population off the B.C. coast was decimated by the whaling industry up until 1967.

Individual sei whales have been spotted farther from the coast, but there have only been 10 documented sightings in Canadian Pacific waters in the last 46 years.

The group of sei whales was spotted by the scientists aboard the Canadian Coast Guard ship John P. Tully.

They deployed a small boat to take better photos of the mammals and were able to collect skin samples from two individuals, which Doniol-Valcroze says will be used in a genetic analysis to understand what population they belong to by comparing them to other samples from the north Pacific. 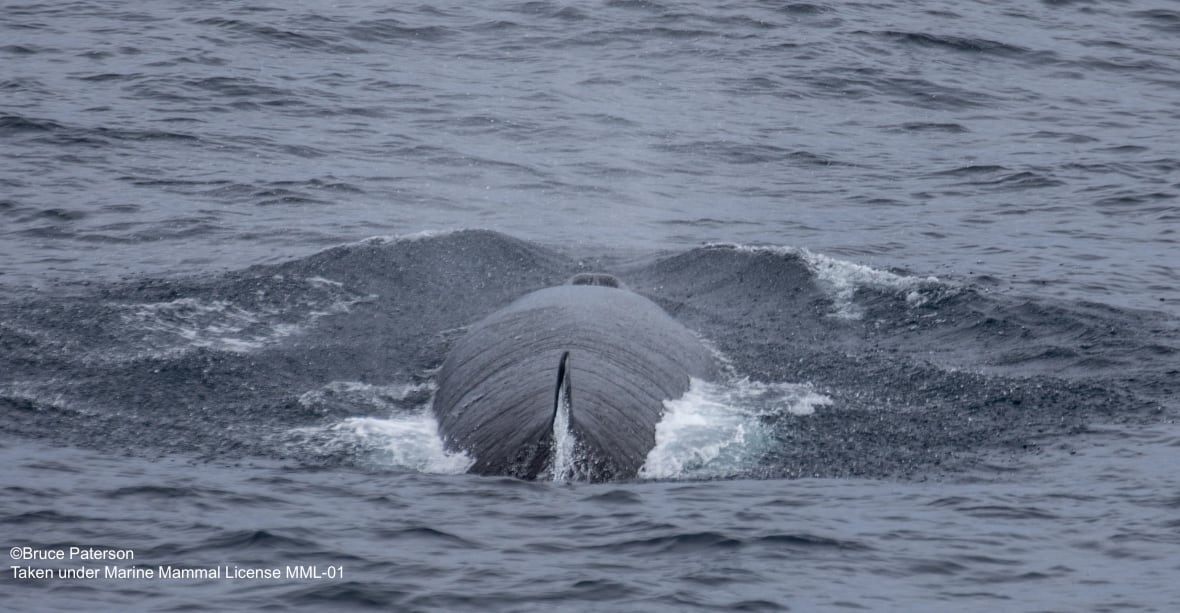 "The numbers were completely beyond what we have seen before." said Doniol-Valcroze. "It's not endangered perhaps at the global scale, but in Canadian waters, they're considered endangered because we've seen so few of them."

He says the whales usually travel in smaller groups and there could be a number of explanations for the larger aggregation, including social reasons or the presence of food.

Sei whales are part of the same family as blue whales, fin whales and humpback whales.

Doniol-Valcroze says they measure approximately 13 to 14 metres long, and are lean and fast with brown or blackish bodies and a small dorsal fin that resembles that of a dolphin.

The scientist says it's possible sei whales have been spotted in the past and confused for other species — particularly because sightings are so rare that researchers are not used to identifying them.

"We suspect that sometimes we may have been wrong in the past and that we may have seen them before and not realizing they were there."

The team of scientists will also be analyzing data collected by hydrophones — underwater microphones on the ocean floor — to determine whether the sei whales visit the Canadian Pacific waters in a cyclical pattern every few years.

This article, written by John Doe, was originally published for the CBC.