Wednesday, February 12th 2020, 2:55 pm - Making biodegradable plastic out of the shells from crabs, lobsters, and mollusks could help reduce ocean pollution and utilize a resource that is inexpensive and widely available.

Between the millions of discarded shells in the seafood industry and the growing populations of invasive species around Canadian coastlines, there are a wide variety of resources that scientists are using to develop biomaterials that could become a sustainable alternative to single-use plastics.

A recent initiative between McGill University and Parks Canada is investigating how to manage the growing populations of the invasive green crab in Nova Scotia, which has been dubbed “the cockroach of the sea” due to its ability to reproduce quickly and devour any species it crosses. Entire ecosystems can be drastically altered by green crabs and eelgrass, a plant that is both a food source and habitat for young fish in Atlantic Canada, has been nearly demolished in two estuaries.

Green crabs that have been harvested through this initiative in Liverpool, Nova Scotia will be shipped to McGill where parts of their shells will be transformed into a polymer through a non-toxic process that was designed by Audrey Moores, an associate professor in McGill's chemistry department. Harvesting green crabs (pictured above) could be a solution to controlling the population of this invasive species in Canada. Credit: Luis Miguel Bugallo Sánchez/ Wikimedia Commons. CC BY-SA 3.0.

"What we know is that if we take regular crab shells, shrimp shells, lobster shells, we have very good results, so we're fairly confident that the green crab should not be different," said Moores in an interview with CBC.

Chitin is the key ingredient in crustacean shells and can be developed into a polymer that won’t be degraded by water. This property means that chitin can be used to create biodegradable items that can withstand liquids, such as single-use cups and cutlery.

Researchers at Penn State University are exploring how chitin extracted from the shells of lobsters, crabs, and shrimps could be made into a biodegradable material that could replace plastic barrier coatings in packages. This type of material is water-resistant and can be used for a variety of applications ranging from paper to coatings for ceiling tiles and walls. Mollusk shells are also another source of sustainable biomaterials. A research group within the Royal Belgian Institute of Natural Sciences is exploring how the calcium carbonate in mollusk shells, which are a by-product of fishing and are commonly dumped at sea or thrown in landfills, can replace the need to mine limestone.

Most of the calcium carbonate in the world is found through limestone mining practices that are unsustainable and harmful to the environment. More than 95 per cent of mollusk shells are composed of calcium carbonate and could be a sustainable resource that can be used across a variety of sectors, such as being an additive in cement mixes and part of water treatment processes.

Over 300 million tons of plastic are produced each year and approximately half of this comes from single-use items. Many researchers are confident that using crustacean shells will be a sustainable, cost-effective solution to our plastic addiction and hope that simple changes in the products we use will drastically reduce the amount of plastic dumped into our oceans. 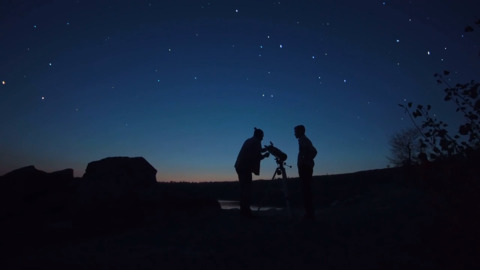