Monday, December 9th 2019, 12:19 pm - Mosquitoes have a whole other life that doesn’t involve biting us; it revolves around their ecological interactions with plants.

Mosquitoes. Hordes of them, buzzing in your ear and biting incessantly, a maddening nuisance without equal. And not to mention the devastating health impacts caused by malaria, Zika virus and other pathogens they spread.

But mosquitoes have a whole other life that doesn’t involve biting us; it revolves around their ecological interactions with plants.

We often view mosquitoes as bloodsuckers that do nothing but make our lives miserable. However, mosquitoes do have ecological functions. From pollination to ant puke, the secret life of mosquitoes is both bizarre and ecologically important.

Mosquitoes have many functions in the ecosystem that are overlooked. Indiscriminate mass elimination of mosquitoes would impact everything from pollination to biomass transfer to food webs. 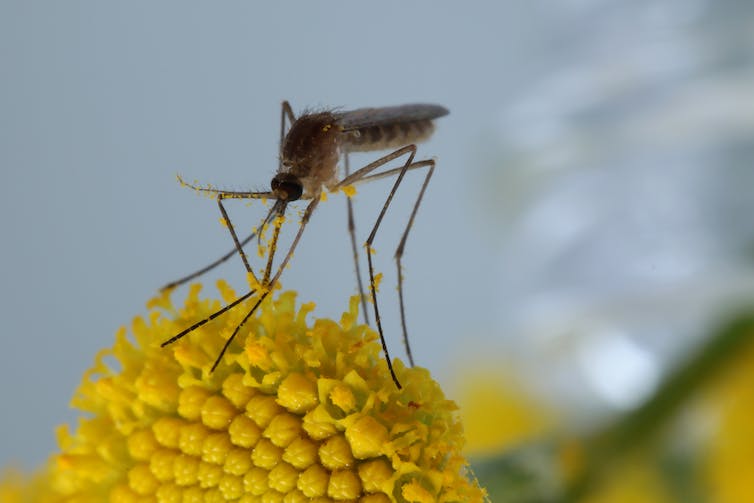 There are about 3,500 mosquito species, many of which want nothing to do with biting humans or any other animal. Even in species that bite, it is only the females that do so and just to develop their eggs.

The fundamental food of all adult mosquitoes is plant sugar and its associated nutrients, most often in the form of floral nectar. In the process of looking for nectar, mosquitoes pollinate many of the flowers they visit — this is one of the most commonly overlooked ecological functions of mosquitoes.

Mosquito pollination is likely far more common than we realize. There is evidence that mosquitoes function as generalist pollinators in some plant families, and there are many known instances of mosquito pollination that are simply overlooked.

The connection between mosquitoes and flowers is ancient and has likely had a strong influence on mosquito evolution. Genetic evidence supports a rapid increase in mosquito diversity corresponding with the appearance of flowering plants. Mosquito scales have been found in flower fossils from the mid-Cretaceous era.

Mosquitoes locate flowers by a variety of cues including odour and vision, and recent research has discovered that some of the odour constituents of certain flowers that mosquitoes feed on (and pollinate) are shared with humans. One interpretation of this is that to mosquitoes, some flowers may smell like humans, possibly indicating the evolutionary origins of why some mosquitoes take blood. 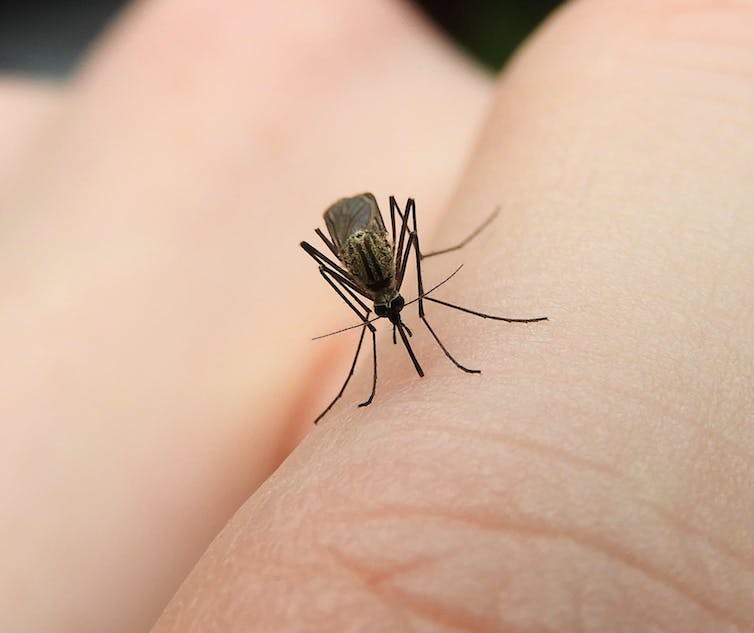 An Aedes mosquito feeding on the author. Mosquito blood-feeding may have evolved from feeding on floral nectar due to odour constituents shared between vertebrates and flowers. (Dan Peach), Author provided

While less ecologically important than pollination, mosquitoes also consume plant sugar that has been processed by other insects.

Plant-sucking insects such as aphids excrete a sugary waste product known as honeydew, which is exploited as a food source by many insects, including mosquitoes. But honeydew is hard to find in the environment. Mosquitoes have solved this problem by using the smells emitted by microbes that live in the honeydew to locate it.

Additionally, honeydew is famously consumed by many ants, which farm aphids to collect honeydew. An ant can, through strokes of its antennae, induce a compatriot that has recently eaten honeydew to regurgitate and share some of its meal. Some mosquito species have learned to exploit this for their own benefit.

When a mosquito inserts its mouthparts into an ant’s mouth and strokes the ant’s head with its antennae, it tricks the ant into regurgitating and sharing its honeydew.

HOW SAFE IS DEET?

Mosquito larvae grow by consuming microorganisms such as algae and microbes that decompose decaying plant material. Larval mosquitoes contribute to aquatic food chains by serving as food sources for many predators, including fish and birds.

If a mosquito survives to adulthood, it flies away from its aquatic habitat. This transfers the mosquito’s biomass (its material weight) to the terrestrial ecosystem.

Adult mosquitoes are eaten by many creatures including birds, bats, frogs and other insects. Adult mosquitoes that die (or are eaten and excreted) then decompose, turning the microbes they consumed as larvae into nutrients for plants, completing another important ecological function.

Mosquito biomass has been calculated at 96 million pounds in Alaska alone. While the contribution of nutrient-cycling by mosquitoes to plant growth and other ecosystem functions remains unstudied, the amount of biomass involved implies that it may be important. 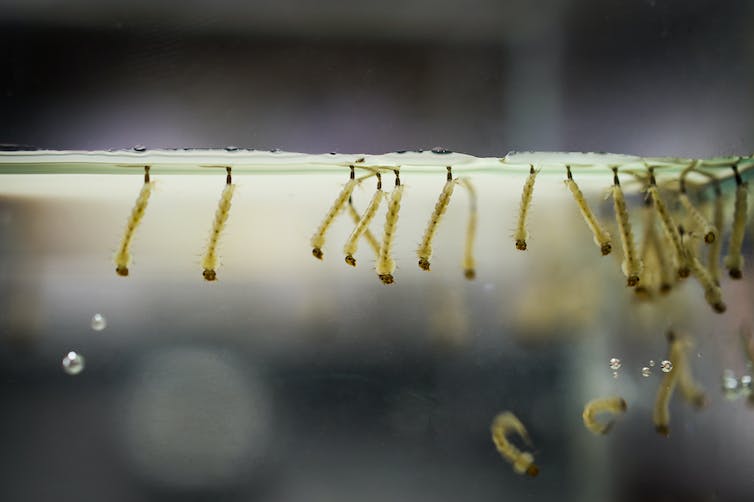 Mosquito larvae can be found in various habitats where water collects, including crab burrows, the insides of pitcher plants and between the leaves of tropical rainforest plants. (Shutterstock)

Mosquito larvae can be found in most types of freshwater, from temporary snow-melt pools to lakes. They can even be found in a few types of saltwater habitats such as crab burrows.

One of the more interesting habitats that mosquito larvae can be found in are the pitchers the carnivorous plant Sarracenia purpurea. These pitchers are filled with water and decomposing insects that provide food to both the plant and the mosquito.

The digestive enzymes in this plant are too weak to dissolve the mosquito larvae. Several mosquito species place their eggs in the water that collects between the leaves of tropical plants in the Brazilian Atlantic forest, and the larvae of some other mosquitoes attach themselves to the roots of aquatic plants to breathe.

Mosquitoes are also the world’s deadliest animal and cause immense suffering. Ideally, we should maintain the ecosystem functions of mosquitoes while also reducing disease burden.

Not all mosquito species are responsible for spreading pathogens. Targeting specific species or making the mosquitoes themselves immune to pathogens and thus unable to spread them would protect humans while keeping the ecosystem function of mosquitoes intact.

In a world of collapsing ecosystems and declining pollinator populations we need all of the help we can get. This includes acknowledging the secret lives of mosquitoes and more sophisticated mosquito control strategies that protects their ecosystem functions.