The City of Toronto is in the process of introducing a bulk water filling station pilot project to help deter companies from stealing water. (CBC)

So now, the city is trying to cut those losses by giving people the option of buying the water in bulk rather than stealing it.

Lawson Oates, director of environment and administration with Toronto Water, says the estimate comes from The American Water Works Association and poses a big concern for the city and its citizens.

"Residents and businesses are effectively paying for that water loss," Oates said.

Oates hopes to see that number decrease as the city prepares to pilot a bulk water fill station; which many neighbouring GTA municipalities have in place to reduce lost revenue from unmetered water.

"Basically if a company, say a landscaper, was looking for some water for a landscaping project, they could purchase bulk water from us at one of our yards and pay a fee for that and set up an account with us," Oates explained. 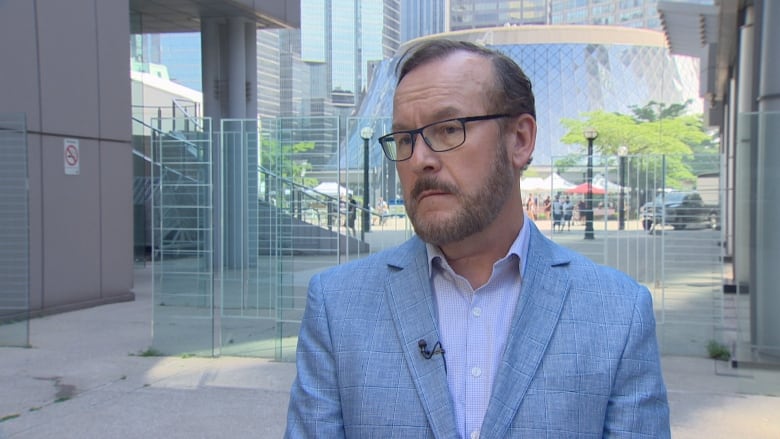 That project has received funding approval from city council and construction is set to start this year.

In April, Durham Region launched a campaign to get residents to help stop water theft by reporting suspicious activity around hydrants, in part by placing plastic rings to help the public quickly identify which hydrants are permitted water filling stations.

In Durham, approximately one per cent of water production is lost to water theft. The estimated cost of the loss is $500,000.

Residents found violating the water systems by-law by making a temporary connection to the water supply or tampering with a hydrant, could face a fine of up to $5000.

According to the region, uses of stolen water vary from road cleaning to sod watering and filling personal pools.

In addition to the loss of taxpayers' money — tampering with hydrants can also introduce contaminants into the city's water system. That can happen when the person tapping into a hydrant does not use a device to prevent backflow from the truck into the water system.

Since 2012, the city has convicted nine companies for taking water from a hydrant without a permit, and collected fines that total around $22,500.

Those charged include firms in the construction industry and mobile washing companies.

Stephen Barkwell, the deputy fire chief in Oshawa, says there is also a human cost to using fire hydrants illegally.

"As a reminder, when you have a fire, you need to have water supply for us to protect your property and lives," Barkwell said. 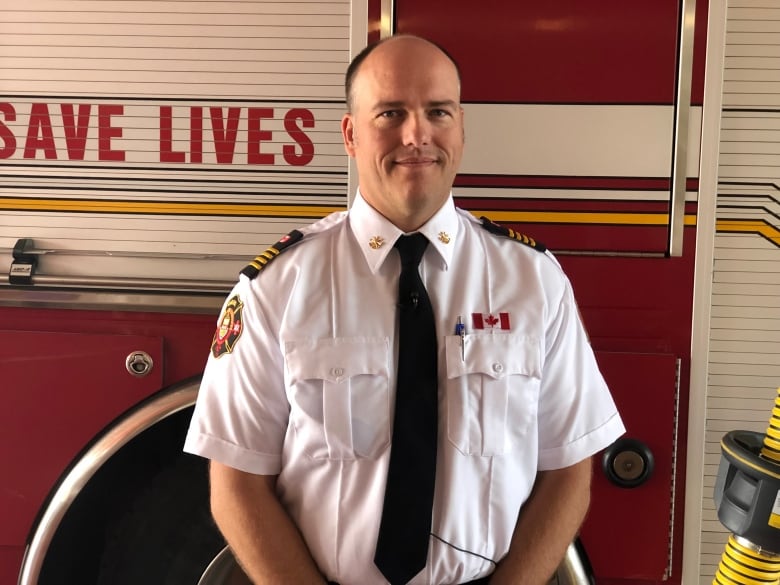 Stephen Barkwell, deputy fire chief in Oshawa, says when people use hydrants illegally and damage them, it affects fire services ability to do their jobs. (Talia Ricci / CBC)

Barkwell explains that if a hydrant is used and not drained properly, water can build up. If they're plugged in the winter, the water can freeze.

"That can cause a lot of problems for us as far as showing up to scenes and not being able to utilize the fire hydrant."

Barkwell adds that another issue they encounter is people damaging the hydrant by tightening the spindles too much, and then crews aren't able to use them at all.

"Be well aware of the risk you're taking, and putting your family and neighbours at risk."