In an effort to better understand the loss of the night sky due to light pollution, astronomers are calling on star-lovers and romantics to enjoy a night under the stars — and give them a helping hand.

Each year, a group of astronomers, headed by Connie Walker at the National Science Foundation's National Optical-Infrared Astronomy Research Laboratory in Tucson, Az., conduct the Globe at Night project, which asks people around the world to step out and record how many stars they see in a specific constellation.

This, in turn, will allow them to gauge how dark — or bright — the night sky is in a particular location.

"The Globe at Night is a social science program. That means every citizen can be an actual scientist and contribute data. And it's extremely easy to do," said Walker. "People can get involved very simply by just going out in the night, then looking up at the stars."

For Valentine's Day, the particular constellation the project is asking citizen scientists to look at is Orion. 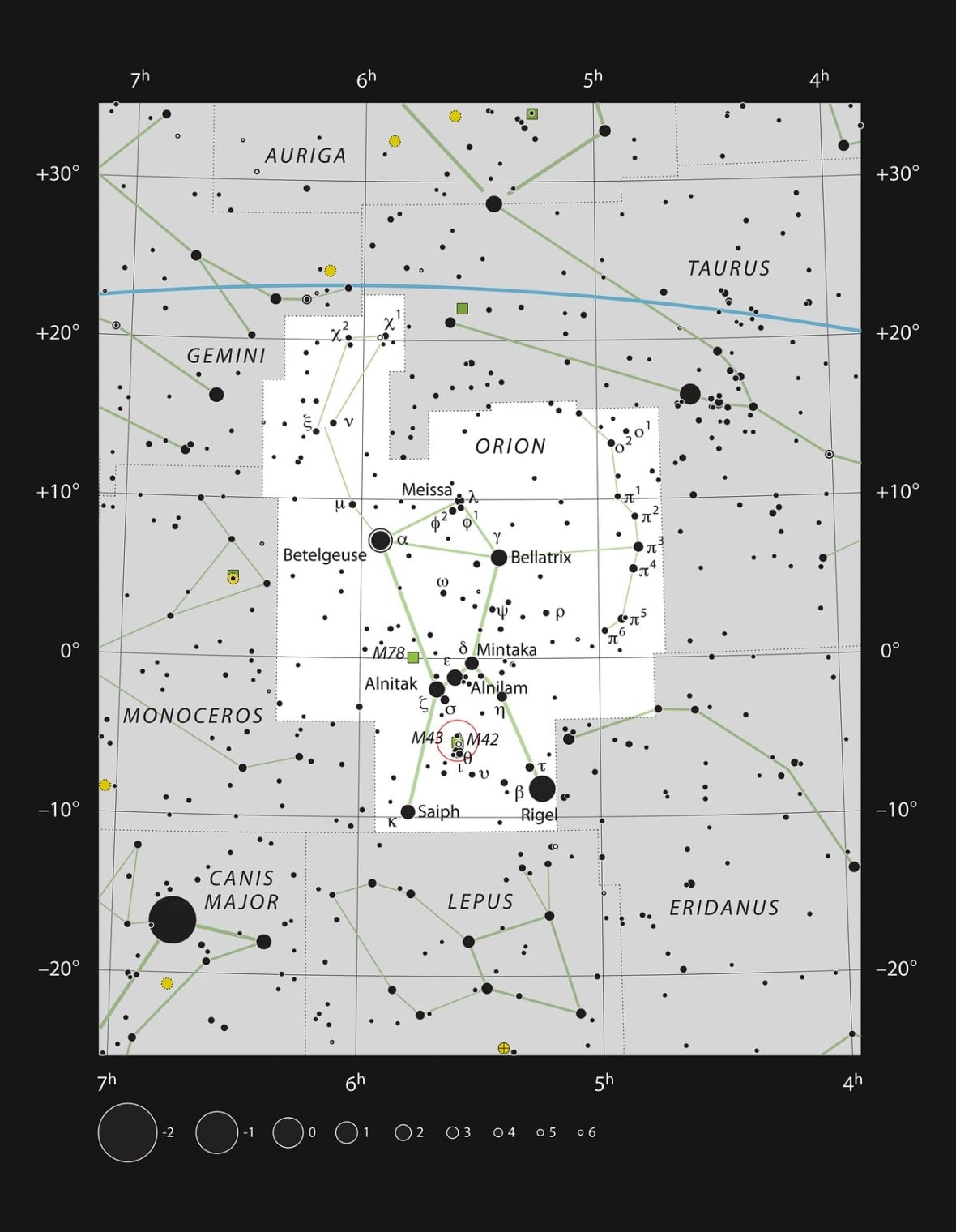 This chart shows Orion as well as the location of the Orion Nebula (Messier 42) in the sword of the famous constellation. It also shows most of the stars visible to the unaided eye under good conditions. (ESO, IAU and Sky & Telescope)

HOW YOU CAN HELP

How you can help Walker said that the whole process is easy, particularly as Orion is one of the most recognizable constellations in the northern hemisphere this time of year.

Participants are asked to visit the Globe at Night's web app. It asks the time and date and your location (it can also do this automatically). Then there are seven illustrations to choose from, based on how many stars you saw. And finally, it asks you what the sky conditions were at the time of observation, i.e. partly cloudy, etc.

Walker explained the difference between the charts, which measure the magnitudes — or apparent brightness — of the star.

"So, one, it's like you would see in New York City, where there's just a couple of stars at best if you see any at all towards Orion," she said. "And then seven, it's like you're in the national parks, where you … see a couple thousand stars."

Most people probably don't think of light as a form of pollution, but it's something that has serious consequences for human health, the environment and wildlife.

For example, light pollution — which is simply defined as the "inappropriate or excessive use of light," according to the International Dark-Sky Association (IDA) — has affected the nesting habits of sea turtles. There are also estimates that 300,000 to one billion birds die annually from flying into buildings, because they are drawn to the bright lights at night. 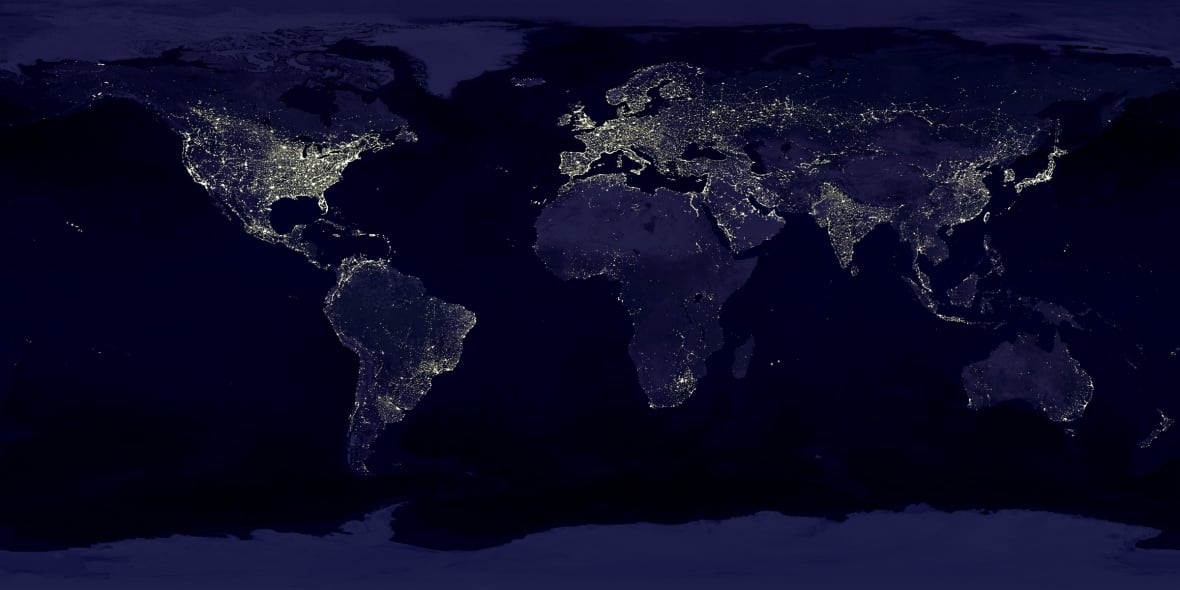 This image shows Earth's lights as seen from space. Many lights — particularly street lights — shine down, out the sides and upward, creating light pollution. (NASA/GSFC)

As for humans, some studies have linked artificial light with forms of cancer.

About 54 per cent of people around the world live in cities. In Canada, that number soars to more than 80 per cent. As a consequence, most people across the planet have not seen the Milky Way.

Though many people and communities have switched to energy-saving LED lights, a 2017 study by Canadian Christopher Kyba, a light pollution researcher at the GFZ German Research Centre for Geosciences, found that these lights might actually be doing more harm than good. 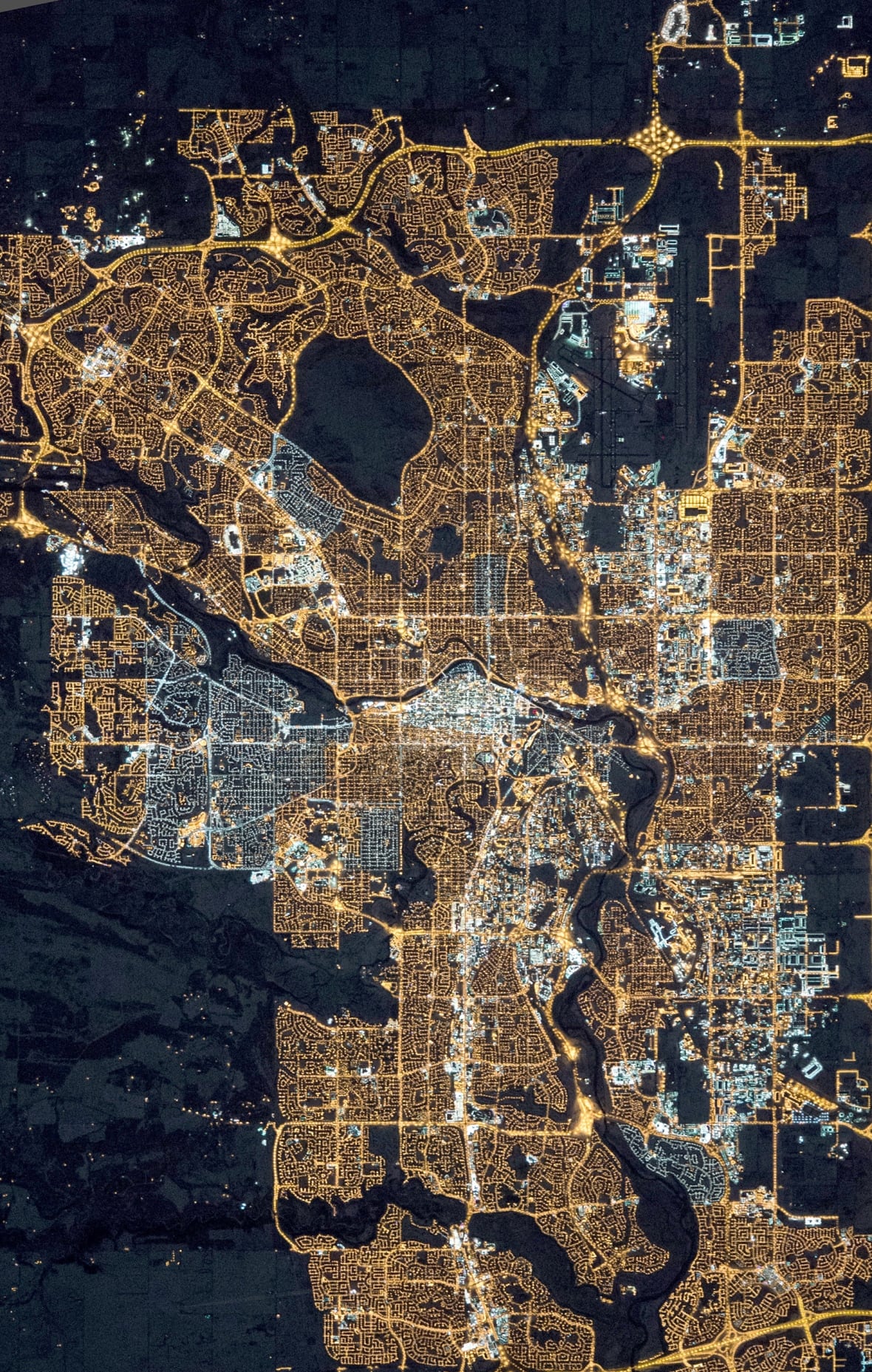 This photograph of Calgary was taken from the International Space Station on November 27, 2015. Many areas on the outskirts are newly lit compared to 2010, and many neighbourhoods have switched from orange sodium lamps to white LED lamps. (Courtesy of the Earth Science and Remote Sensing Unit, NASA Johnson Space Center)

Because the lights cost less, it appears more of them are being used. Kyba, who is involved in the Globe at Night project, is looking to conduct follow-up studies to determine if the night sky brightness is increasing or decreasing.

But why does it matter if we see the stars or not?

"It's part of our cultural heritage. It has inspired humanity, since the beginning of humanity, for tens of thousands of years. It is an infinite resource for wonder, and it's where all of our thoughts about science began," Walker said. "And it's not just science. It's the inspiration to be creative in terms of music, like [Gustav] Holst's The Planets, or literature like Shakespeare .... and then paintings, like Van Gogh.

"If we take away that source of inspiration. What is it going to do to our culture?"

This article was written for the CBC by Nicole Mortillaro. Thumbnail image credit: The Weather Network/UGC.