Sunday, April 4th 2021, 4:15 pm - Only five years ago, California officials declared a four-year drought was finally over. Now it could be entering into another drought sooner than it would like.

The year 2016 saw the state of California declare an end to a four-year drought. Now, in 2021, it could be entering another very dry season.

It is in the winter season that folks on the West Coast welcome dreary days packed with cloud and rain. California usually sees the most rain and snow in the month of February.

This year, however, was different: It was quite dry all of the winter season, and we can blame La Niña for this pattern.

"Based on climate analysis, we see that La Niña favors increased snowfall over the Northwest and northern Rockies, as well as in the upper Midwest Great Lakes region. Reduced snowfall is observed over parts of the central-southern Plains, Southwest, and mid-Atlantic."

THE OUTLOOK FOR SPRING AND SUMMER

A snow survey provided by the California Department of Water Resources on April 1st helps officials determine how much snow will melt and run off, and fill the reservoirs throughout the state, and so far, the mountains' snowpack was dismal this season – an average of only 16.5 inches (420 cm), which is 59 per cent of normal.

Beyond, the spring and early summer period is historically when the weather pattern becomes more quiet, and we see drier conditions. This year likely will not be an exception. Most of California's water comes from snowpack in the Sierra Nevada range that then melts and feeds rivers and tributaries. THE DROUGHT THAT NEVER EASED

In the years 2012 to 2016 the state of California was in a four-year drought or 340 weeks of constant water supply shortages to locals. It started in December of 2011 and ended in March 2016. The winter of 2016 and 2017 brought above normal precipitation which caused extensive flooding in many areas but also filled up many reservoirs that year. The state of the 2021 current drought monitor is displayed below: HOW THIS COULD IMPACT FIRE RISK

The 2020 wildfire season was a record-breaking and disastrous one. It took 31 lives, destroyed over 10,000 structures and burned a total over 4 million acres of land (1.6 million hectares). All this in a year that was dry, but was not in an official drought.

For the 2021 season, no one truly knows how it will unfold, yet. We can only hope we do not see a repeat of 2020. We can also hope that April brings some rainfall to the state to get a slight step forward against the yearly battle against drought. 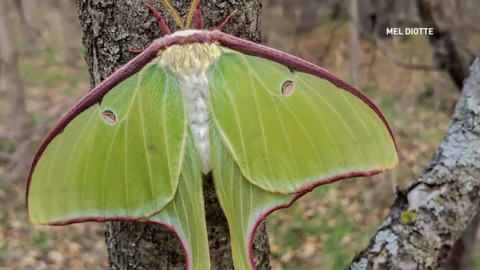