Thursday, July 25th 2019, 5:09 pm - Astronomers are spotting more near-Earth asteroids all the time, but many still slip past

A 100-metre-wide asteroid passed just 70,000km from Earth on Thursday, Australian time. It was discovered by the Brazilian SONEAR survey just days ago, and its presence was announced mere hours before it zoomed past our planet. The lack of warning shows how quickly potentially dangerous asteroids can sneak up on us.

Read more: Why dangerous asteroids heading to Earth are so hard to detect

The asteroid, reassuringly designated 2019 OK, is not a threat to Earth right now. However, 2019 OK and other near-Earth asteroids do pose a genuine risk. The Tunguska explosion in 1908 and the Chelyabinsk meteor in 2013 were equivalent to large nuclear explosions, and under the wrong circumstances a meteor impact could devastate a city.

The Chelyabinsk meteor, just 20m across, showed how destructive asteroids can be. 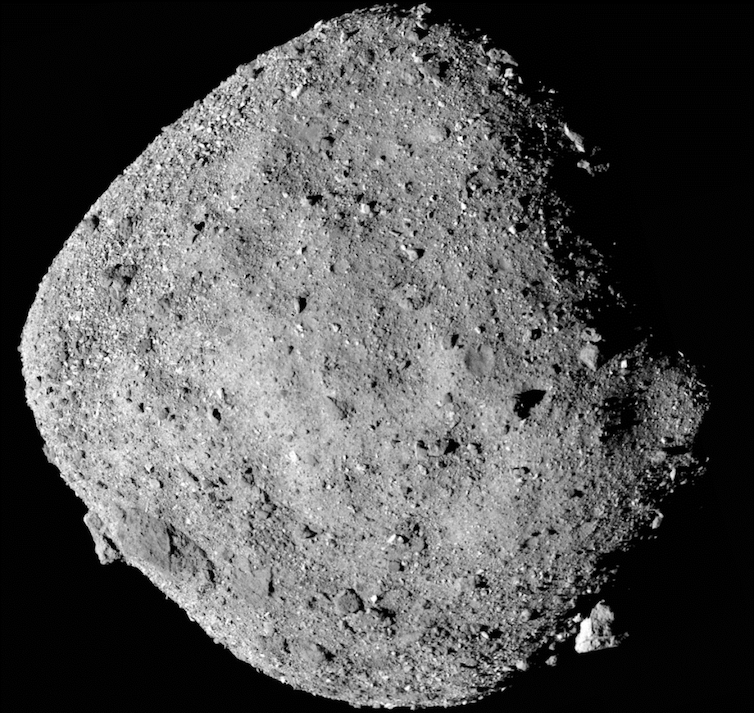 Near-Earth asteroids such as Bennu, and 2019 OK which passed close to Earth this week, pose a potential threat to our planet. NASA

Astronomers are well aware of the risks posed by asteroids hitting Earth. Meteor craters can be found around the globe, and some relatively fresh examples include Wolfe Creek in northern Australia and the imaginatively named Meteor Crater in Arizona. A huge asteroid impact 65 million years ago near Chicxulub in modern-day Mexico initiated the fall of the dinosaurs. 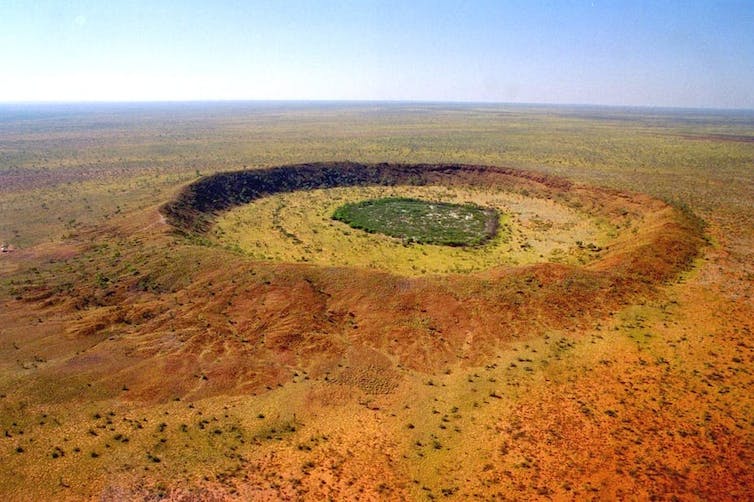 The Wolfe Creek crater was created by a meteor impact thousands of years ago. Dainis Dravins - Lund Observatory, Sweden.

Consequently, astronomers across the globe have devoted considerable effort to determining the level of threat posed by near-Earth asteroids, and to identifying individual asteroids that could pose a significant threat. Asteroid surveys include Pan-STARRS, ATLAS, SONEAR (which spotted 2019 OK), and the Catalina Sky Survey.

Asteroids are typically so far from Earth that they resemble stars, rather than the craggy rocks they are. However, because asteroids travel around the Solar System, they move relative to the distant stars. Thus astronomers can discover asteroids by taking sequences of images and looking for objects that move from image to image.

Using this approach to survey large swathes of sky, astronomers have discovered thousands of near-Earth asteroids, including more than 2,000 during 2017 alone. 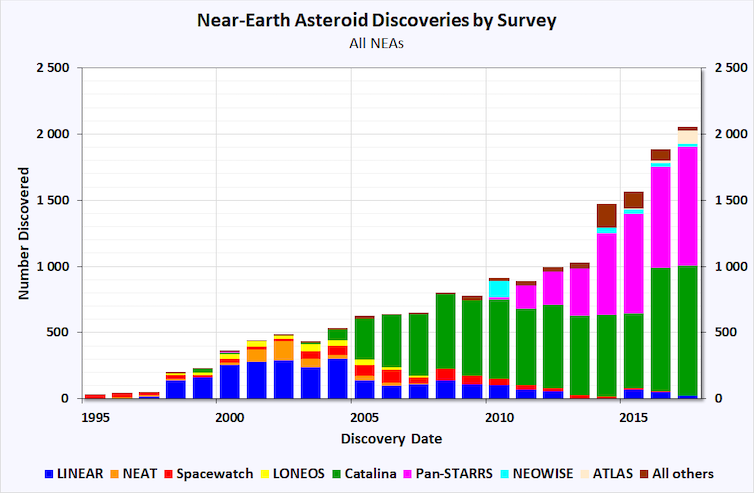 Astronomers are spotting more near-Earth asteroids all the time. NASA

And yet, some asteroids still manage to sneak up on us. Why?

Astronomers are good at discovering asteroids that are visible at night, but less good at spotting asteroids during the daytime. Asteroids also are fainter the further they get from Earth.

At closest approach and with dark skies, 2019 OK would have been visible with a pair of binoculars as point of light drifting slowly across the sky. But three days before that it was 1,000 times fainter, and thus harder to spot. What’s more, for the past month it has been relatively close to the Sun in the sky, so it has only been visible around twilight.

Read more: How to find a meteorite that's fallen to Earth

2019 OK was finally tracked down by the SONEAR survey on Wednesday, and soon after that it was independently detected by the ASAS-SN telescope network. Both of these surveys use relatively small telescopes with sensitive cameras to search large areas of sky, rather than using large telescopes to study small patches of sky.

Before its discovery as a near-Earth asteroid, 2019 OK was imaged by other telescopes, but its significance wasn’t recognised. But these earlier images did help astronomers nail down the asteroid’s orbit.

2019 OK has a very elliptical orbit, taking it from the asteroid belt beyond Mars to within the orbits of both Earth and Venus. As each orbit takes 2.7 years, it isn’t always going to pass as close to Earth as it did this time. It will make close approaches in the future, but hopefully not quite this close.

Other near-Earth asteroids are also on track to make close approaches to our planet. The 400m-wide Apophis will pass roughly 30,000km from Earth on Friday April 13, 2029, which will only come as bad news if you’re particularly superstitious.

Both 2019 OK and Apophis are far larger than the Chelyabinsk meteor, which was just 20m across. The risk of them hitting Earth may be small, but they would be devastating if they did.

If we find an asteroid on an actual collision course with Earth, is there anything we can do? With just a day or week’s notice we would be in real trouble, but with more notice there are options.

However, these are missions of discovery rather than destruction. Indeed, destroying a near-Earth asteroid may be counterproductive, potentially creating multiple destructive asteroids.

So how can we stop catastrophe? The solution may be to give dangerous asteroids a gentle nudge rather than a vicious kick. If an asteroid’s velocity can be changed by just 1km per hour, over years that adds up to thousands of kilometres’ difference in position. Given that the pale blue dot of Earth is just 12,750km across, a small nudge to a big rock may be enough to avoid annihilation.