A small town in southern Alberta plans to power itself using only solar panels — believed to be a first in Canada.

The Town of Raymond is in the process of installing about 2,700 solar panels on top of all of its municipal buildings.

"Every time it's a sunny day, we just get a smile down here because that's what's going to help us meet our goal of becoming net zero," said Greg Robinson, director of community and economic development for the town.

Located 40 kilometres south of Lethbridge, Raymond is home to about 4,200 people.

So far, Calgary-based utility Enmax has helped install panels on nine of the town's facilities, including its firehall, ice arena, golf course and water treatment plant.

Once they're all up, solar energy will cover all of the municipal government's energy needs — from running buildings to lighting streets, Robinson said. 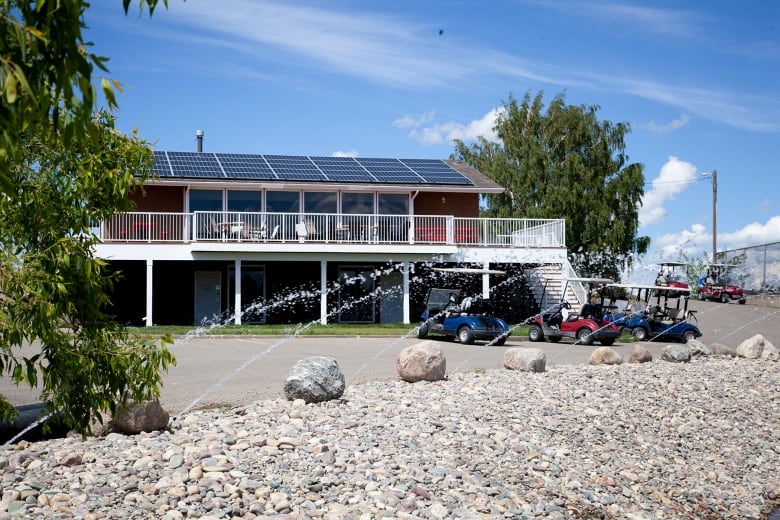 Solar panels have been installed at nine of Raymond's facilities so far, including the town's golf course. (Supplied by Greg Robinson)

15 YEARS TO PAY FOR PANELS

The project's price tag is $2.8 million, funded in part by a grant from Alberta's Municipal Climate Change Action Centre.

The previous NDP government contributed about $643,000 through the action centre to the project, which got underway after the municipality's elections in 2017.

Robinson said that from a financial standpoint, the project makes sense both in the short-term and long-term.

The town has been footing an electrical bill to run its buildings and street lights for well over 100 years — and without any return — so he said the day-to-day financial situation won't change much. And now, they'll be working toward paying off what he calls "an end date."

Raymond's lease to own all of their solar panels will be paid off in 15 years, Robinson said.

"That is when the big money will start rolling in for Raymond because we're going to be able to generate and sell that electricity right back into the system."

Raymond isn't in the "battery gig" of storing energy, Robinson said, adding the solar energy feeds right back into the system.

The town will be running on a 12-month cycle of credits. That means that at the end of every calendar year, they'll find out if the solar energy collected covered their energy costs, and if they hit their net zero target.

"We're happy to share the success story," Robinson said, adding the town has taken calls about the project from municipalities all over the country. 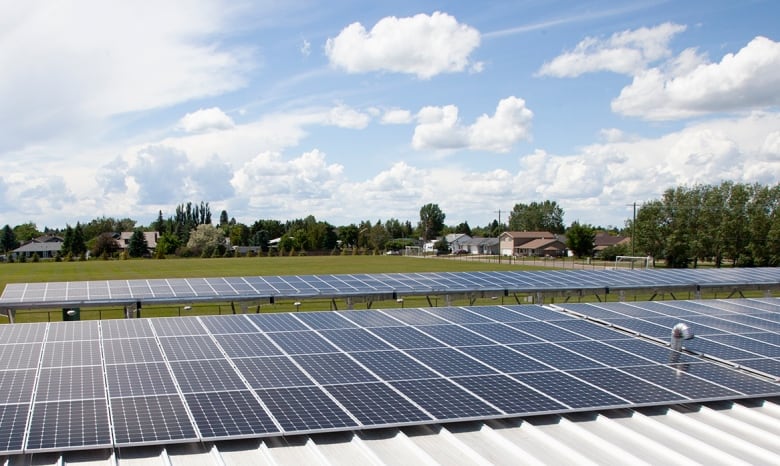 Solar panels installed on the roof of the Victoria Sports Park in Raymond, Alta. (Supplied by Greg Robinson)

Their "somewhat-healthy competitive relationship" with neighbouring Cardston is what kick-started the net zero project in the first place, Robinson said.

He said the town took notice when Cardston finished a small solar project on its community centre. Cardston had installed solar panels on its town hall and ice rink a couple years ago.

The town is now reviewing financial models for a solar farm — a project Cardston hopes will give it net zero results when it comes to running its municipality facilities.

Jeff Shaw, chief administrative officer for the Town of Cardston, said the solar farm has nothing to do with a rivalry with Raymond.

"The only race here is we want to see if we have a project we can do before there's any changes in the provincial funding," Shaw said.

VIDEO: WHAT ARE SOLAR STORMS?

This article was written for the CBC by Maggie Macintosh