Monday, June 15th 2020, 8:37 am - The Calgary-based company says it learned from past experiences with the city's wild weather.

Northeast Calgary was hammered with hail the size of tennis balls Saturday night but one airline said it's learned from some of the city's past storms and found an innovative — and very Canadian way — to keep its planes safe.

The Calgary airport is located next to some neighbourhoods that were hardest hit by the storm, where residents saw their homes' siding shredded and windshields smashed.

As of Sunday morning, the tunnel on Airport Trail was still under water and blocked by abandoned vehicles.

WestJet was forced to ground 130 planes due to pandemic travel restrictions (in peak season, the company would have about 30 planes overnighting in Calgary on any given day).

But while spokesperson Morgan Bell said the company is still inspecting its fleet for damage, things are looking good so far. 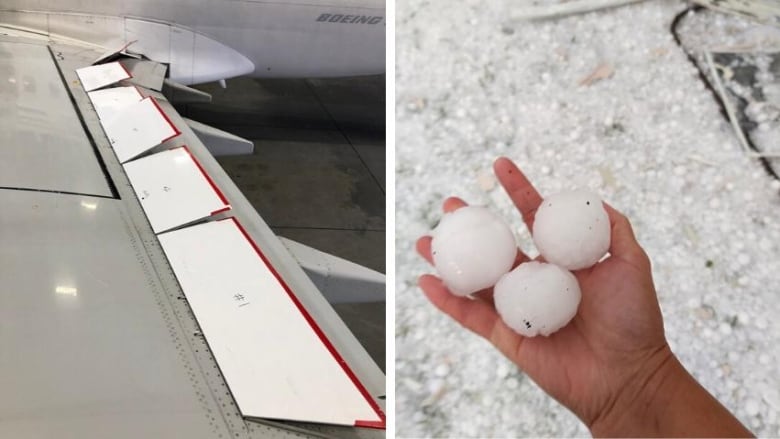 WestJet is using puck boards — like the kind you'd see on hockey rinks — to protect its planes from intense summer hailstorms, like the one that hit northeast Calgary and the city's airport on Saturday evening. (WestJet, submitted by Tamse Deguzman)

Bell said in an email to CBC News that the Calgary-based company has been planning for the city's "notorious summer hailstorms."

"Learning from past experiences, this year our innovative team has equipped all 737 aircraft parked in Calgary with puck board, the kind that is more commonly found lining hockey rinks across the country," Bell said.

A spokesperson for Environment Canada said Saturday's large hail likely fell at a speed of 80 to 100 km/h, not quite as fast as the world record slap shot which clocked at 175 km/h, but still a pretty hard impact.

"The puck board was precisely cut to fit vulnerable spots on these aircraft and will provide an additional layer of protection against weather elements," she said.

"Working with the aircraft manufacturer the team secured the puck board to susceptible areas, such as critical flight controls and spoilers, which are the hinged plates visible on top of an aircraft's wings."

A spokesperson for the Calgary airport said it's not unusual for extreme weather to impact their operations, but said staff were working hard to keep flights and passengers safe. 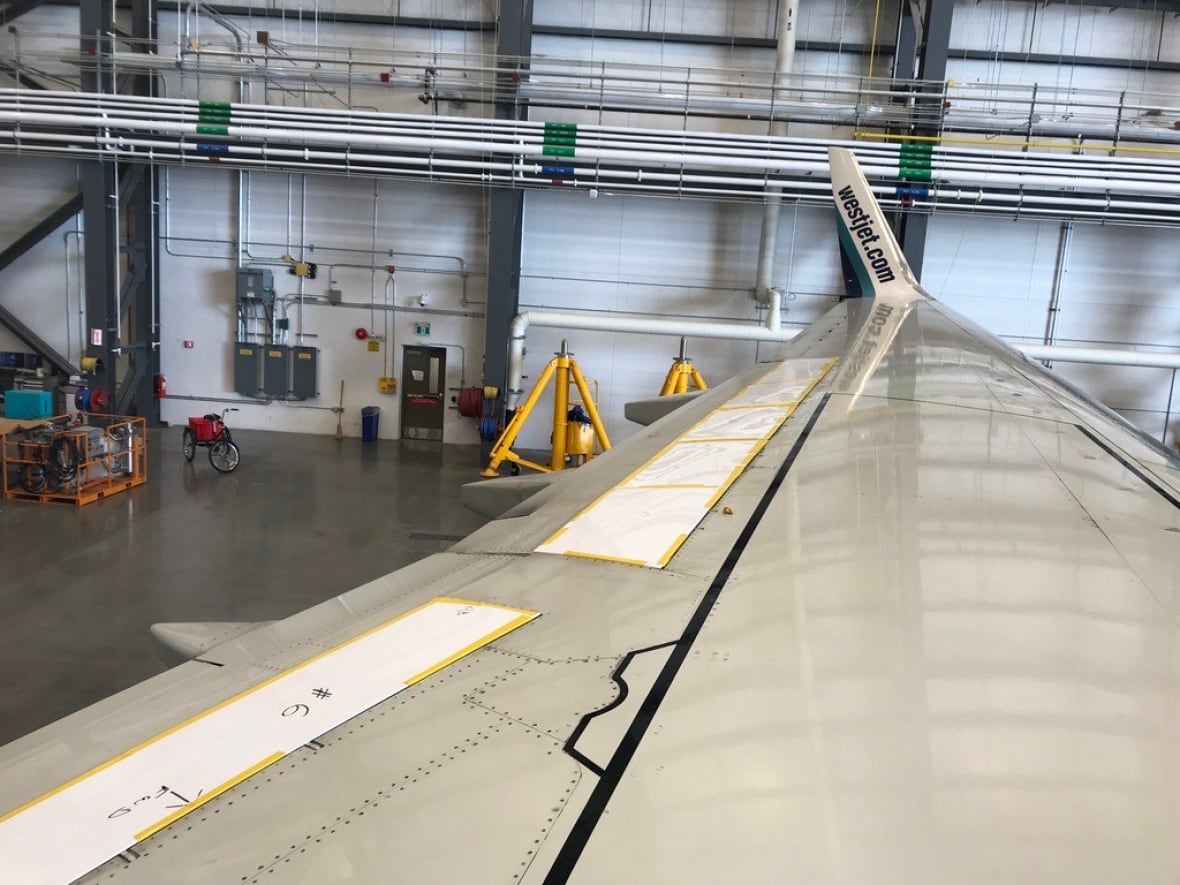 WestJet said its using puck boards — the kind you'd find on the side of hockey rinks — to protect vulnerable parts of its airplanes, like the spoilers, from hail while the planes are grounded. ( WestJet)

"We had some road closures and detours on arrivals and departure levels during the storm and until conditions improved," the spokesperson said.

CBC News has also reached out to Air Canada to ask whether or not its fleet was damaged by the storm.