Yes - it's important to get outside and enjoy nature responsibly, but the great outdoors can be a scary place!

No need to worry - today, we're talking aout toxic plants you can find in Canada, and what to do if you encounter one It may look innocent, but there's a reason The Nature Conservancy of Canada calls giant hogweed one of the country's most dangerous plants.

Burns acquired from the plant can continue to cause painful blisters when exposed to sunlight, lasting for up to a decade.

VIDEO: WHY YOU SHOULD AVOID THIS PLANT AT ALL COSTS

If you come into contact with the plant, wash the area thoroughly with soap and water and avoid sunlight for 48 hours. Poison Ivy is in every province in Canada, except for Newfoundland.

Touching it can result in rashes and blisters - so heed the warning: “Leaves of three - let it be.”

We know: That can be confusing, given there are a lot of plants with three leaves. Take a closer look: The stem of the middle leaf on a poison ivy plant is longer than the other two, and on each leaf, one side is bigger or wider than the other: 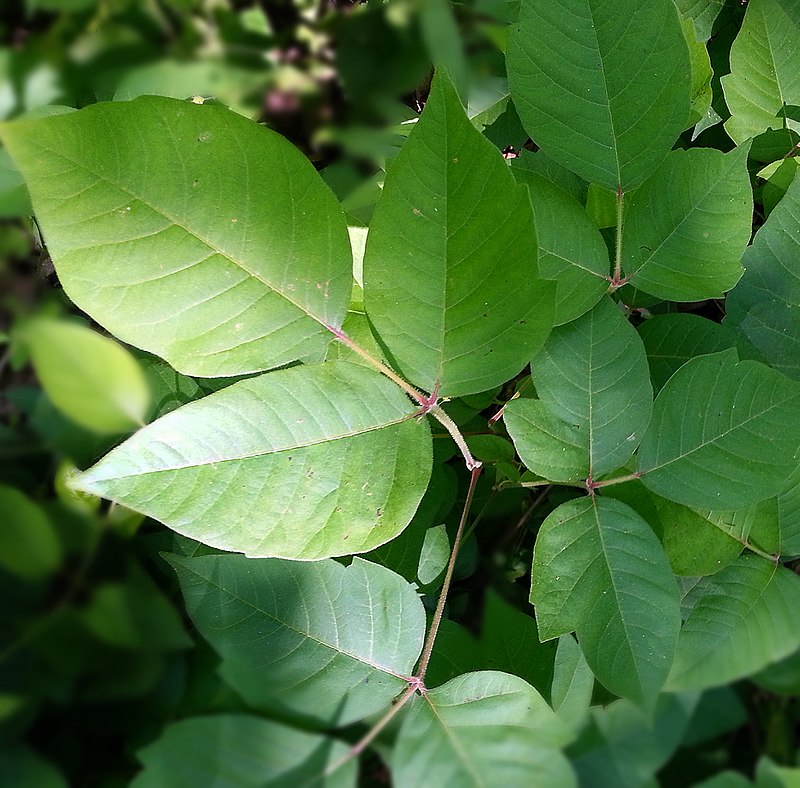 RELATED: An aggressive forest invader is popping up in Ont. You can help by eating it

If you brush up against poison ivy, oatmeal baths, cold compresses and special creams will ease discomfort. Poison sumac is found in southern Ontario and Quebe, and it’s identified by clusters of 7-13 smooth leaflets that are yellow in spring and green in summer.

Like poison ivy, it contains an oil called urushiol that causes blisters and rashes.

It may have yellow-greenish flowers and whitish-green fruits that hang in loose clusters.

Posion sumac isn't the same plant as staghorn sumac, which is found in eastern Canada, identifiable by its red, "horn-like" fruit, and is by and large not toxic. Buckthorn can be found from Saskatchewan to Nova Scotia, likely introduced in the 1880s from Europe. It is a dangerous invasive plant. Eating its berries can result in severe abdominal discomfort in humans and animals.

When buckthorn is small - up to about three cm in height - and the soil is moist, it can easily be pulled out of the ground. You’ll need garden tools to remove larger plants. Just be sure to take all of the roots with you, or it can resprout.